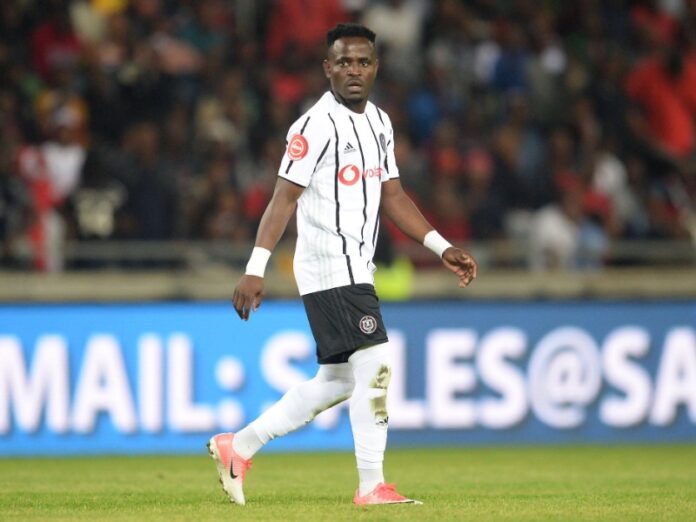 Malawian striker Gabadinho Mhango didn’t mince his words about his soon-to-be-former club after Orlando Pirates announced that they will part ways at the end of the DStv Premiership season.

Mhango will leave the club by mutual consent in June.

He could barely hide his excitement when announcing the news.

“We had a meeting recently, and both parties agreed by mutual consent to part ways. It is a huge relief to me because I was hardly enjoying game time,” Mhango told online Malawian publication The Nation.

“It has been a stressful season for me, and I can’t wait to move on and, hopefully, this will be a new dawn for my career.”

The 29-year-old Malawian international was a standout performer at this year’s Africa Cup of Nations in Cameroon, and although he had limited gametime at club level this season, he will no doubt have suitors lining up for him.

He said that his manager Mike Makaab was working on his next move.

“He told me that there are a few clubs that he is talking to, and we are having another meeting for an update,” he said.

“So, that’s where we are, and I am just waiting to see what will come up at the end of the season.”

Other reports suggest that the former Golden Arrows and Bidvest Wits forward has attracted interest from one of Sweden’s top teams, although it has not been revealed which one.

Pirates continued to sideline Mhango even after he displayed tremendous form in Cameroon, where he scored three goals in three games to help Malawi to qualify for their first ever round of 16.

However, it was his antics off the field that led to him first losing his place in the starting eleven for Pirates.

Earlier this year, he was suspended by the club after he was arrested after failing to settle his bill at a nightclub in Johannesburg.