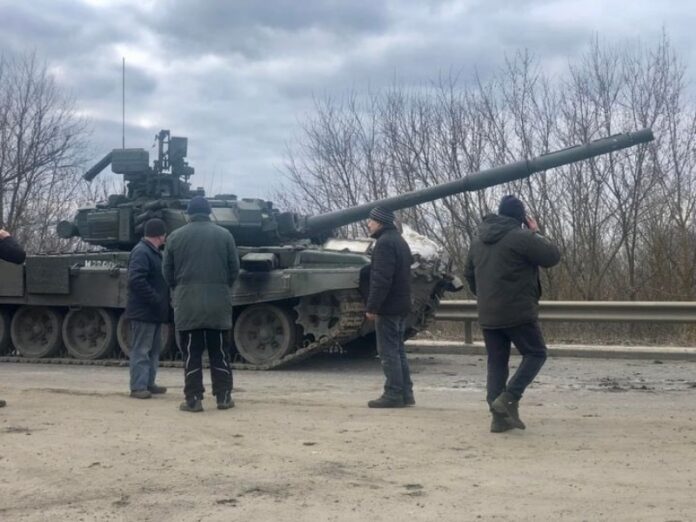 Ukrainians who find themselves in possession of a Russian tank can rest assured knowing that the tax man won’t be coming to snoop around for it.

Authorities have announced that invading tanks don’t need to be declared for tax purposes!

“Have you captured a Russian tank or armoured personnel carrier and are worried about how to declare it?” Ukraine’s National Agency for the Protection against Corruption asked.

“Keep calm and continue to defend the motherland!”

It’s unclear who exactly this announcement actually applies to.

However, reports circulated this week that a “used” Russian tank had been put up for sale on eBay by a Ukrainian seller. Unfortunately, this story was quickly dismissed as probable fake news by fact-checker Snopes.

Maybe the seller just decided to keep their well-earned tank when they heard that they won’t have to pay any tax on it? That’s what we at Scrolla.Africa will choose to believe anyway.