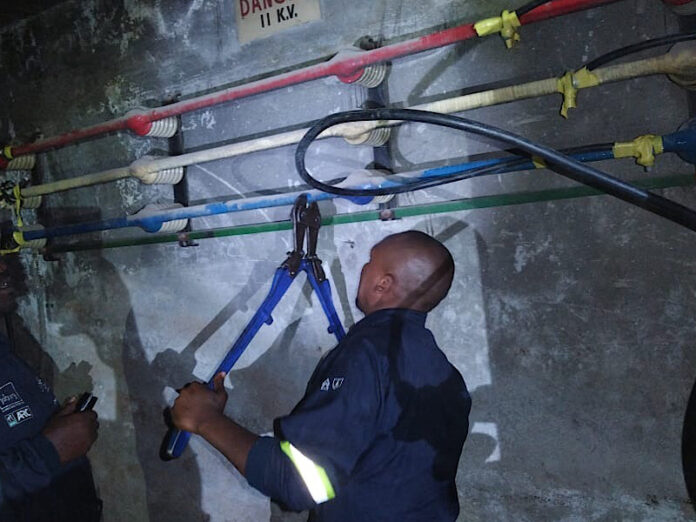 Two hotels, two blocks of flats and a sports betting business were among the buildings City Power disconnected on Tuesday in Johannesburg during a Revenue Collection spree.

Scrolla.Africa captured the dramatic moment the lights went out at Betfred, to the surprise of all the punters in the building!

The two blocks of flats, meanwhile, were illegally connected before City Power pulled the plug on them.

The utility has embarked on a campaign of disconnecting electricity from non-paying clients and have said that they will not spare anyone in their pursuit to recoup the R2 billion it’s owed.

City Power spokesperson Isaac Mangena said one of the flats that had its power disconnected had illegally re-connected themselves after they were disconnected in November last year.

“City Power will continue with its Revenue Collection drive in the Joburg CBD to clamp down on defaulting customers and those illegally connected.

“The Inner-City Service Delivery Centre is owed in excess of R2 billion by customers,” said Mangena.

“We will intensify our efforts, by rolling out these operations twice a month for the next twelve months across the City of Johannesburg’s eight Service Delivery Centres, with the aim of curbing the persistent culture of non-payment by restricting services to customers that refuse to pay.”

Even the old police station in Alexandra and the Nigerian consulate were not safe.

“We urge customers to come to us and pay their debts or make arrangements before we go to them,” he said.

Pictured above: City Power worker literally cuts the power of a non-paying client.