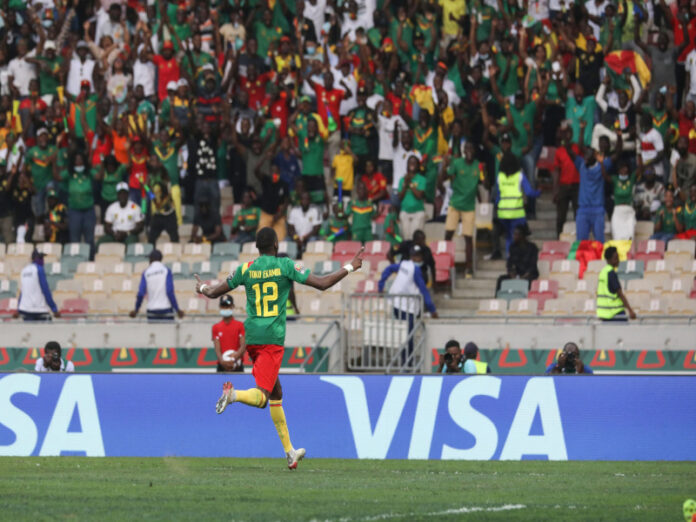 The Indomitable Lions of Cameroon defeated Gambia 2-0 in Douala to qualify for their tenth Afcon semi final.

A brace from Toko Ekambi took his tally at the competition up to five goals. The attackers goals were enough for the hosts to dominate proceedings and edge one step closer to lifting the trophy on home soil in a week’s time.

Gambia can certainly hold their heads up high in defeat with several positives to take from the game.

Keeping the leading goalscorer Vincent Aboubakar quiet throughout the game was one of the major talking points.

The Al Nassr forward has dominated proceedings at the competition thus far, yet found it difficult to find any space in behind the Scorpions’ low block this evening.

While the dream run may have come to an end, the 150th ranked team in the world have certainly entertained the masses at this tournament.

Tom Saintfiet’s side have kept things tight at the back and today was the first time in the tournament that they had conceded more than a single goal in a game.

The hosts are the first side through to the semi finals and will await the victors of tomorrow’s game between Egypt and Morocco to find out their opponent in the final four.