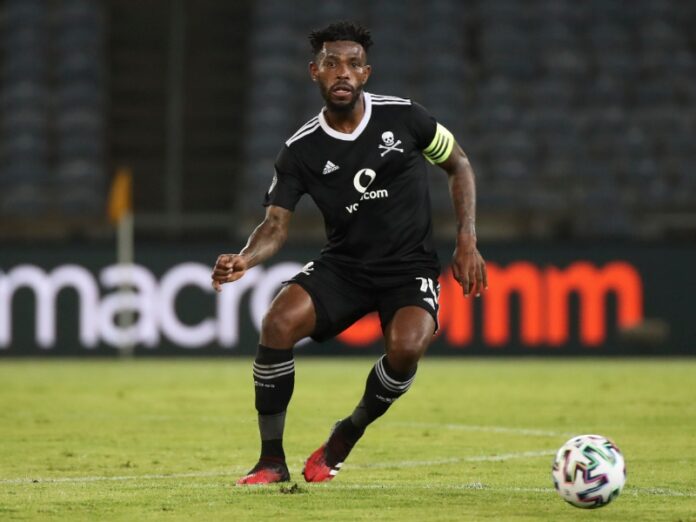 Former Bafana Bafana centre-back and captain Thulani “Tyson” Hlatshwayo is believed to be on his way out at Orlando Pirates.

The 32-year-old joined the Buccaneers on a three-year deal at the beginning of last season from the defunct Bidvest Wits.

The defender said then that joining Pirates was a dream come true as he grew up supporting the Soweto giants, but his spell there has so far been nothing short of disappointing.

In his first season he was trusted with the captain’s armband by then-head coach Josef Zinnbauer. In his early days, Hlatshwayo delivered on his expectations and also helped the Bucs to win the MTN8 trophy in December 2020.

But after lifting the MTN8 his fortunes changed and he was no longer the defensive rock that Zinnbauer trusted.

His mistakes cost Pirates points in crucial matches leading to club supporters turning against him saying club captain Happy Jele was a better defender than him.

When Zinnbauer left Pirates at the beginning of the current season Hlatshwayo also lost his game time under co-coaches Mandla Ncikazi and Fadlu Davids. This season he has only played 10 matches and in all competitions as he has been relegated to the stands.

It is understood that the club’s management have since lost interest in Hlatshwayo. According to a source close to the club, the management is prepared to listen to any offers out there.

“The club wants Golden Arrows strong defender Nkosinathi Sibisi and they will be talking to the club, offering Hlatshwayo in a swap deal. But it will depend on Sibisi as it appears that Sundowns are also interested in taking him there,” the source told Scrolla.Africa.

Meanwhile, another player that Pirates are apparently looking to offload is midfielder Nkanyiso Zungu. His arrest on domestic violence charges and behaviour off the field has left Pirates fed up. Amazulu have already rejected Bucs’s offer to take Zungu on loan next season.