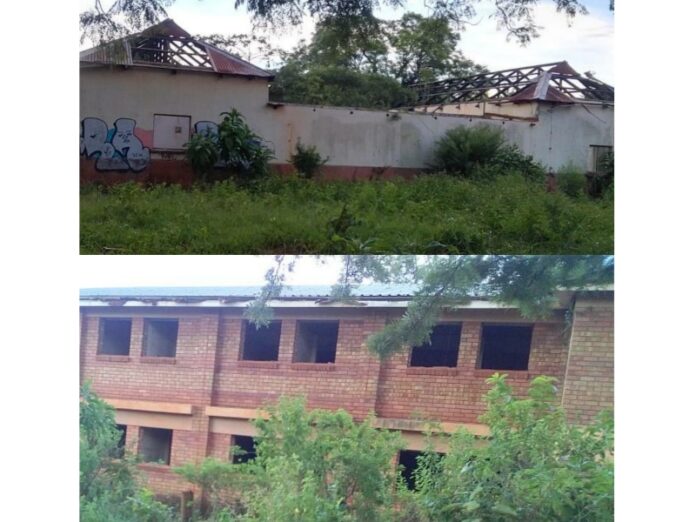 The Lemana College at Elim outside Makhado in Limpopo has produced many leading figures over its 112-year history.

Among those who treaded its halls was the late VaTsonga leader Professor Hudson Ntsanwisi, as well Eduardo Mondlane, the founder of Frelimo in Mozambique, among countless others.

But today, the historic college has been reduced to a hideout for criminals.

“All we see are thugs who use it as a hideout where they store their loot and wait for passing residents to rob,” explained local resident Mashudu Ndlovu.

“The worst part is that some of the vandals are known but people fear to confront them.”

Last year the college made headlines when security working there locked its gates, forcing learners who were using the facility to seek accomodation at nearby schools.

The security company in question was attempting to get the attention of the government after claiming they had not been paid for 15 months.

Upon entering the premises, one is met by broken windows, broken door frames, stripped roofing and looted furniture and kitchen utensils.

The college is now a shadow of its former self. This has become a source of concern to local residents who feel not enough is being done to protect it.

A concerned community member alerted Scrolla.Africa to the situation.

“This is bad and especially when it is done by locals who know the history of this college. This is our heritage, no other college in Vhembe has contributed equally to what happened here,” he said.

“So many leaders were nurtured here and we still feel that it can still contribute to the development of the whole country.”

The man said they were very excited to see that it was being renovated in April 2019. But their hopes were dashed when everything stopped and locals started stripping the building.

“Government can turn this into a satellite TVET college of Vhembe, they can use the offices and save lots of money for rent,” said Mashudu.

Limpopo Public Works spokesperson Tendani Munyai said the security at the college has been compromised by disputes with a contractor, whose contract was terminated.

“A new contractor at the site felt unsafe and left fearing for the safety of his staff. We are in negotiations with the contractor who will be back on site very soon,” she said.