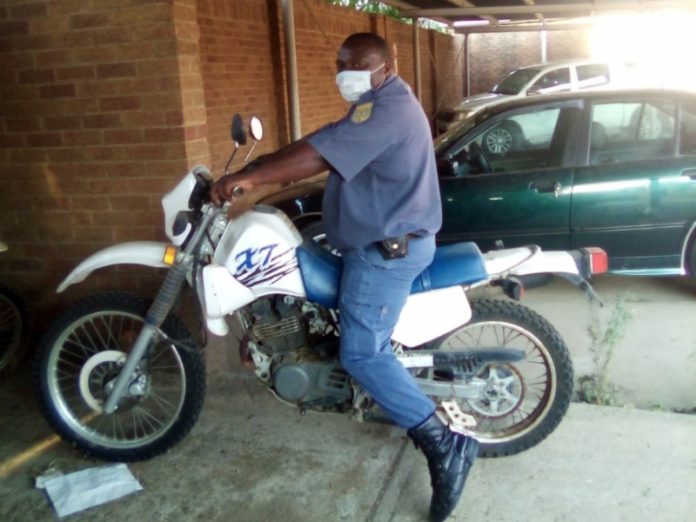 First the four hijackers grabbed a former cop’s car and shot him in the hand. Then they went on to shoot two cops, killing one.

The carjackers were driving the stolen car towards Lesotho, said police, when they had a flat tyre. The first person to notice the car was on-duty Warrant Officer Koos Motapanyane, who was driving back to work after collecting his supper from his home in Wepener in the Free State.

The cop suspected that the white Toyota Hilux was stolen, and called his colleagues with his police radio. But when the thugs saw his approaching police car, they shot and killed the 53-year-old Motapanyane, wounding a passenger in the stomach.

As another private car approached – driven by a policeman from Van Rooyen’s border post, who was trying to get help – when the criminals saw it was a cop, they shot him in the shoulder.

The 36-year-old cop managed to take cover and called for backup.

Motapanyane’s sister-in-law, Masechaba Letsie, said the murdered police officer had been a cop for more than 29 years.

“He was always available to work, even on his off days,” she said.

“He was kind to his community and loved his family dearly. We are shattered.”

Motapanyane’s 22-year-old daughter Rosina said she last saw her father when he came to fetch his supper.

“Minutes after leaving the house he called me to say I must make sure to lock the doors and that was the last time I heard from my father,” Rosina said.

The family said their relative was the first cop to have been killed in Wepener.

Hawks spokesperson Captain Christopher Singo said a manhunt for the suspects has been launched.

“Anyone who has information regarding the whereabouts of the suspects is urged to call the nearest police. A case of murder, attempted murder and robbery are opened,” said Singo.