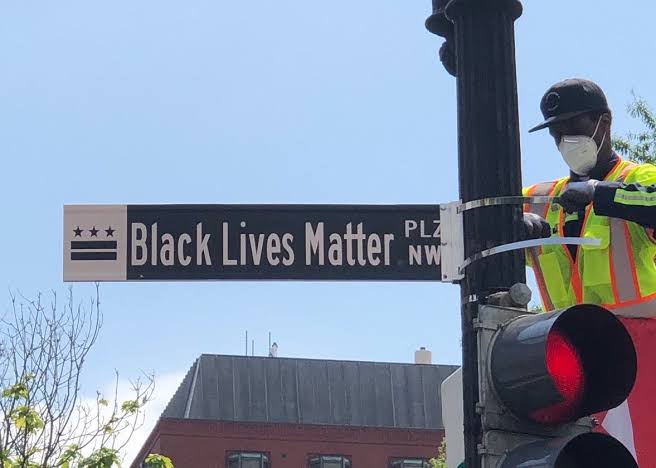 In late May a video went viral of a white Minneapolis police officer suffocating a black man, George Floyd, to death with his knee on his neck.

Floyd’s last words that “I can’t breathe” were the breaking point for many people already angry at a series of brutal deaths of black people at the hands of police officers in America.

In 2020 the most well-known were Ahmaud Aubery and Breonna Taylor.

Tens of millions of people of all races took to the streets to march under the banner of the Black Lives Matter movement – despite the fact that the US was reeling under the impact of the pandemic.

The movement was joined by people marching throughout the world, against police brutality and racism in their own societies.

The BLM came to be not just a protest against police brutality, but against the deep layers of racism that still exist in American society and have been encouraged by Donald Trump.

From being a marginal “radical” voice BLM won the support of the majority of Americans.

At one point police attacked protestors outside the White House with batons and teargas so they could cut a path for Trump and his entourage to pose outside a church while he held a bible upside down.

BLM was a key mobilising force to get voters to the polls to vote Trump out in November.