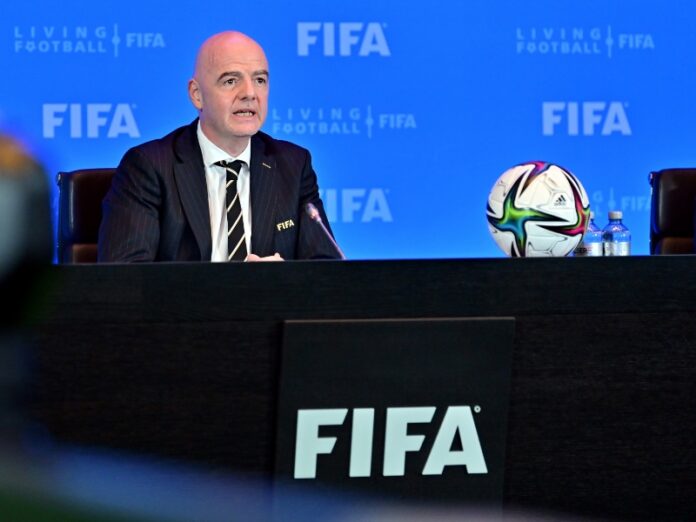 FIFA President Gianni Infantino has drawn anger and confusion after saying the plan to host a World Cup every two years will stop African migrants from finding “death in the sea”.

Infantino was addressing several European politicians at the parliamentary assembly of the Council of Europe, which aims to support human rights.

The FIFA president began by claiming that nations outside Europe require more access to football competitions.

Infantino’s plan to double the amount of World Cups is known as the “Future of Football”. He claimed that a tournament every two years will “give hope” to Africans.

This alone prompted puzzled faces from around the council, but his attempt to explain himself raised even more questions.

Later in the session, Infantino attempted to clarify his remarks about African migrants, saying his quotes seem to “appear to have been misrepresented and taken out of context”.

“Football is about opportunity, about hope, about the national teams. We cannot say to the rest of the world give us your money but watch us on TV. We need to include them,” he said.

“We need to find ways to include the whole world to give hope to Africans so that they don’t need to cross the Mediterranean in order to find maybe a better life but, more probably, death in the sea,” the 51-year-old said.

Infantino went on to say that a World Cup every two years will provide several opportunities for people to improve their living situations, and not by charity, but with dignity.

The biennial plan for the World Cup has been widely criticised and rejected by several organisers of European football.

Unsurprisingly, Infantino’s remarks did not go down well with the council, with several organisations taking to social media to voice their disapproval at the FIFA president’s remarks.

“How low can Infantino go? Instrumentalising death in the Mediterranean to sell his megalomaniac plan is beyond words,” Ronan Evain, the chief executive of Football Supporters Europe, tweeted.