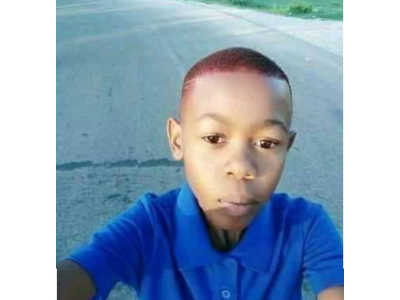 When Tibane Mahanyele went missing on Monday, a teenager who had left with him earlier in the day, kept on checking with the family if he was found.

The distraught family of missing Tibane, 11, found comfort in this and hoped for the safe return of their son.

What they didn’t know was that the 15-year-old teenager was the killer.

He has been arrested and charged with Tibane’s murder, together with another teenager his age.

The incident has shocked the small village of Ga-Mamadila in Moletjie, outside Polokwane.

The boys are from the same village and stay a few streets away from each other.

The teen suspects were bust on Tuesday after Tibane’s phone was found in their possession.

According to Tibane’s aunt Orocia Chokoe, 57, her nephew went to a neighbouring village of  Ga-Makweya with the suspects to watch their favourite local team playing at a soccer tournament hosted over the long-weekend.

Tibane was never seen again alive. His body was discovered by herders on Tuesday evening, dumped in nearby bushes with a wound on his forehead.

Chokoe believes that the teenagers’ plan was to rob the young boy of his Huawei smart phone when they lured him to the soccer match.

She said, “My nephew always stayed home, we do not even know how he agreed to go with those boys because he never played with them. The teenager even lied to us that Tibane had left the soccer field with his uncle who was not even around Polokwane over the long weekend.”

“When Tibane’s body was found the suspects denied knowing my nephew, he lied and showed no remorse even after the cellphone was found on him,” she said.

Tibane’s family believes he was killed somewhere and dumped at the scene where he was found.

Both minor suspects arrested for Tibane’s murder have appeared before the Seshego Magistrate’s Court on camera on Thursday.