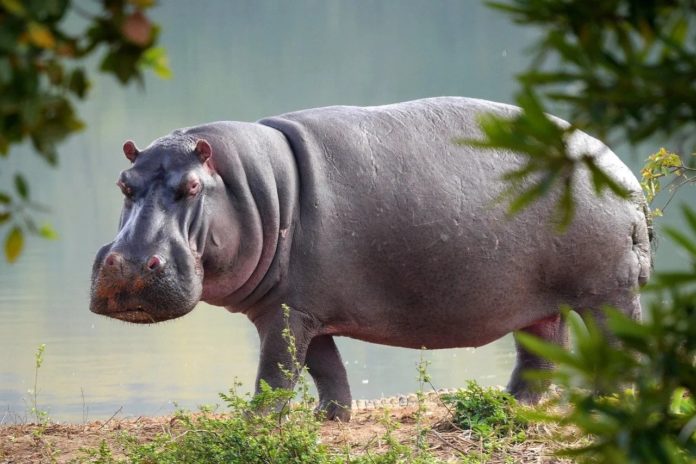 Johannesburg’s Jukskei River starts in Ellis Park, then goes through Alexandra and Fourways, before ending up in Hartbeespoort Dam.

It’s super polluted with sewage, rats and rubbish – and doubtful many animals would choose to wallow in it.

A hippopotamus has been sighted roaming near the Jukskei River in Fourways, just north of Johannesburg.

The hippo was first spotted on 29th December, but it has not been seen for five days.

According to some residents, the hippo has been a regular visitor to the area for a number of years.

The Gauteng Department of Agriculture has warned residents to remain on the lookout.

The department asked members of the public not to approach or feed the wandering hippo if they spot it.

“To date, the hippo has not caused any damage nor posed a threat to any human or animal lives. It is believed that the hippo originates from the Hartbeespoort Dam area and that, if left in peace, will return voluntarily to the area of origin,” the department said in a statement.

The department added that it had deployed various law enforcement and conservationists to help locate the animal.

The department has also stated that it was exploring the option of a live capture to relocate the animal away from the residential area.