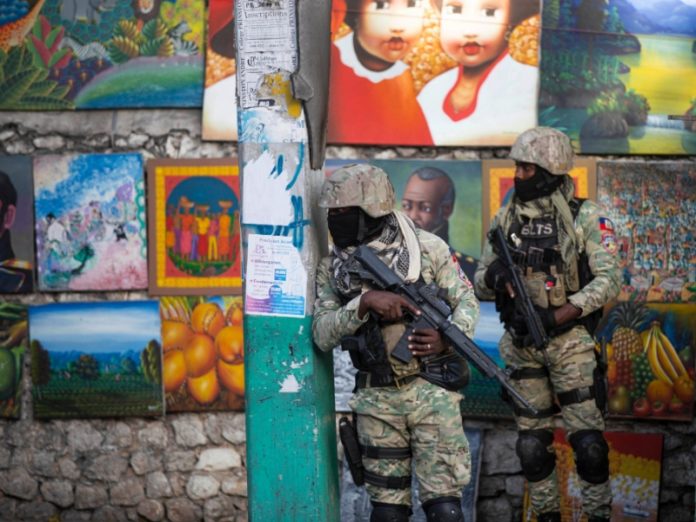 A shoot-out between police and the assassins who murdered Haiti’s president Jovenel Moïse has led to the deaths of four of his killers with several more still on the run, officials say.

They shot the president 12 times and gouged out one of his eyes, and shot his wife, Martine, in the arms and a thigh. She remains in a critical but stable condition in hospital.

According to the Florida television station, 10 News, she was lifted via air ambulance to a hospital in the US.

Charles said authorities had detained two suspects but declared a national manhunt with several of the assassins still at large. “They will be killed or captured,” he said.

Claude Joseph, Haiti’s interim prime minister, addressed the nation, declaring “a state of siege throughout the territory.” The Caribbean island has closed its borders and its airport and has empowered the military to enforce the law.

“This was a highly coordinated attack by a highly trained and heavily armed group,” Joseph said.

On Thursday morning, the usually bustling streets of Port-au-Prince were deserted, as police instructed citizens to stay in their homes while the manhunt ensued.