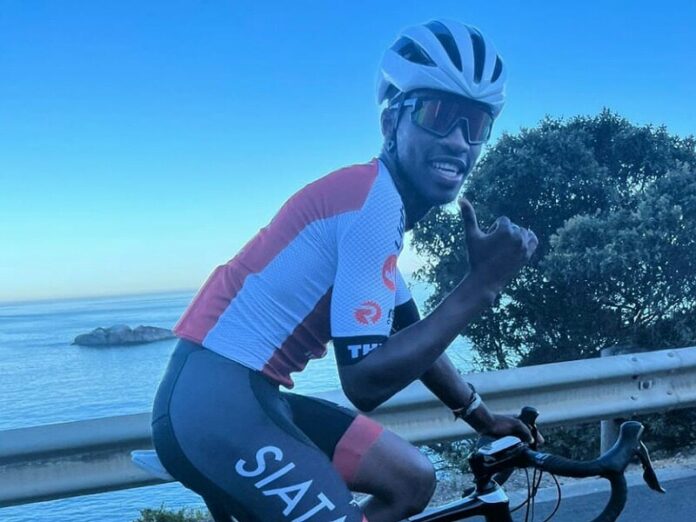 Despite only starting to cycle professionally four years ago, Siyanda Gumede is like a veteran of the game.

This past weekend, Gumede won the KwaZulu-Natal Road Cycling Championship in the elite category for the event held in the hills of the Drakensberg in the Underberg.

The 22-year-old cyclist says the route used on the race day contributed to his victory.

“I’m happy that I won in the KZN Champs. It is another step for me into making it in this sport,” he told Scrolla.Africa.

“The major boost over the weekend was that the route that we were racing in was full of hills. I’m strong when it comes to hills so I was never fazed on my way to victory, “

Gumede was born in Hammarsdale outside Durban. His love for cycling was instilled in him by his parents.

“Bicycles were always something I loved with all of my heart. I was always riding and ended up joining the sport. There are many black people who have fallen in love with cycling and it is good to see,” he said.

By winning over the weekend, the youngster from Team Siata Cycling Club has booked an elusive ticket to represent the province in the national championship in Cape Town on 12 February.

“I also participated in the nationals in 2021. The competition gets tougher when you go up against the best in the country. I believe I learned from that experience and I’m hoping to use that to my advantage. If I can get into the top 10 I will be happy.”