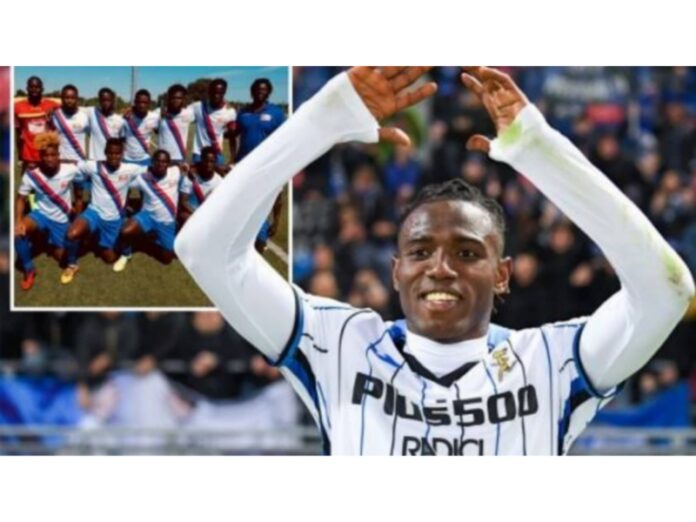 Guinean Moustapha Cisse scored a late winner in his Serie A debut for Atalanta against Bologna less than a month after playing for an eighth division refugee side.

The 18-year-old was signed by the Atalanta academy at the end of February and made the most of his time on the pitch for the senior side.

Cisse came on just after the hour mark with the score at 0-0 and took just over 15 minutes to break the deadlock.

At full time his teammates carried him off in celebration and assistant coach Tullio Gritti spoke highly of his presence on and off the pitch.

“Besides his great football skills, he’s an exceptional guy. He came to Bergamo and then trained with us, he’s extremely polite. His politeness is an example despite the fact that life hasn’t been easy for him,” Gritti told Sportstar.

“He’s a wonderful person who is eager to learn. He has some great skills, today he scored a goal like a champion.”

Antonio Palma, the president of ASD Rinascita Refugees where Cisse played, opened up about the youngster’s rise to the top.

“After a series of family events, including the death of his father, Moustapha dropped out of school as a teenager and left Guinea in search of a better life.”

“In a short time, he became one of our most important footballers. He always kept the signboard, he was our best maker,” Palma said.

Cisse’s goal helped Atalanta up into fifth place in Serie A with a valuable 1-0 win to go within eight points of Juventus in fourth and with a game in hand.