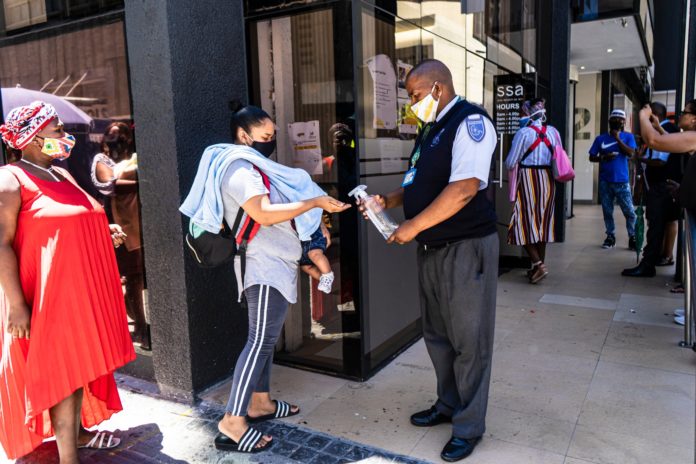 There’s a glimmer of hope for millions of jobless South Africans after the ANC Lekgotla announced it is considering extending the R350 Covid-19 relief grant.

The grant, which was introduced last year for unemployed South Africans amid the pandemic, was expected to expire at the end of January.

But President Cyril Ramaphosa might have just thrown a lifeline to needy citizens who relied on it to survive.

During his closing remarks of the Lekgotla on Sunday, in his capacity as ANC president, Ramaphosa announced that the ruling party is considering stretching the grant beyond January.

“The lekgotla has agreed that, in the context of the continuing pandemic, we need to consider the extension of basic income relief to unemployed people who do not receive any other form of state resources,” said Ramaphosa.

He stressed that this would depend on the state of public finances “And that there should be a clear exit strategy.”

Smangele Mkhize recently told Scrolla.Africa that her life would be affected badly if the relief grant ended.

When told now that the ruling ANC was considering extending the grant, she couldn’t hide her excitement.

“I’m so happy that they’re considering extending this grant. It means they are taking our pleas seriously. I hope that this is not just lip service.”

The 39-year-old from Pietermaritzburg was among the four million recipients of the grant.

She lost her job as a domestic worker last year at the beginning of the lockdown in March.

Afterwards, making ends meet became a struggle for her until the government introduced the R350 relief grant.

“I plead with the government to move from considering to implementing its decision now. Life is difficult when you don’t know where your next meal would come from.”

She said the millions of poor South Africans who relied on the grant would be happy knowing that the ruling ANC is considering the relief grant.

A 32-year-old Thabani Ngcobo from Durban said he was excited.

“Mr President, please extend this grant. Many people are able to put food on the table for their families with this grant. But I am happy that they are considering extending the grant.”

Ngcobo has been unemployed for more than five years.

Economist Dawie Roodt previously told Scrolla.Africa that the government should cut back on salaries of civil servants to finance this grant.