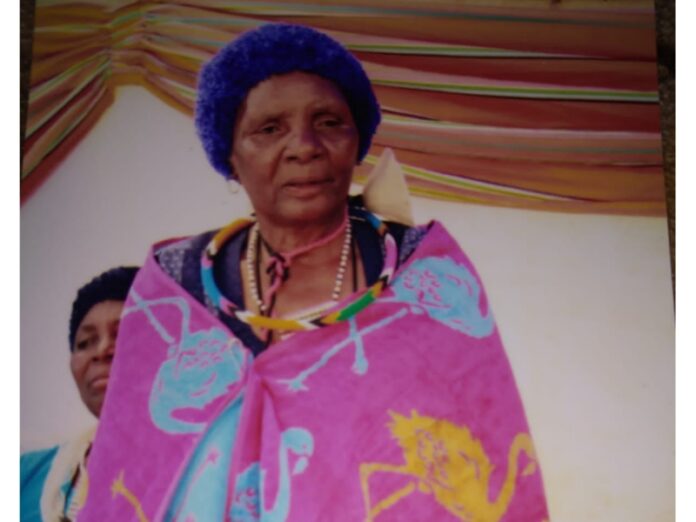 For 24 years, gogo Nyamuofhe Matamela has contributed to the village funeral book. She has given what little she can spare in the hope that one day her loved ones will be given the dignified burial that she has helped to provide for others.

The moment 93-year-old Nyamuofhe had been preparing for arrived this week. Her daughter Naledzani Matamela had been ill for some time, and finally succumbed on Monday.

As per village protocol, Nyamuofhe sent a delegation to report her daughter’s death to the local traditional leader.

However, the bereaved mother has not been able to bury her as the local chief has demanded a sum of R2,000 to finance the funeral.

Nyamuofhe’s son is devastated, and said his mother had been paying the village funeral levy for over 23 years with the assurance that her loved ones’ funerals would be fully covered.

“My mother is not working and relied on a grant and there is no one who can help her out of this predicament,” said Mashudu Matamela.

“We have done all to convince our chief to have mercy on us as a family but he turned a blind eye.”

Mashudu says the chief has declared his mother’s levy payments as void because Naledzani married into another village, which he said is not true.

“This is putting a lot of strain on my mother who is still mourning the death of my brother.”

“There is nothing we can do as all the relatives are buried here. We will have to wait and see what happens as we have nowhere to bury our beloved sister,” he said.

The local civic chairperson Hendrick Midzunga said the leadership is touched and offered his sympathy to the family.

“This is not the time to settle scores but I think as a responsible leader the chief was supposed to sympathise with the bereaved family and assist them, as the gogo has no money,” he said.

The chief’s spokesperson Munyadziwa Makhalemela was adamant that the deceased was no longer a resident in the village and that she was not in the books of the village funeral levy.

“We have ways we do things here and we have looked for her name in our funeral books and it is not there.

“She was also married somewhere and the family has to pay an amount of R2,000 before we allow them to bury her here,” he said.