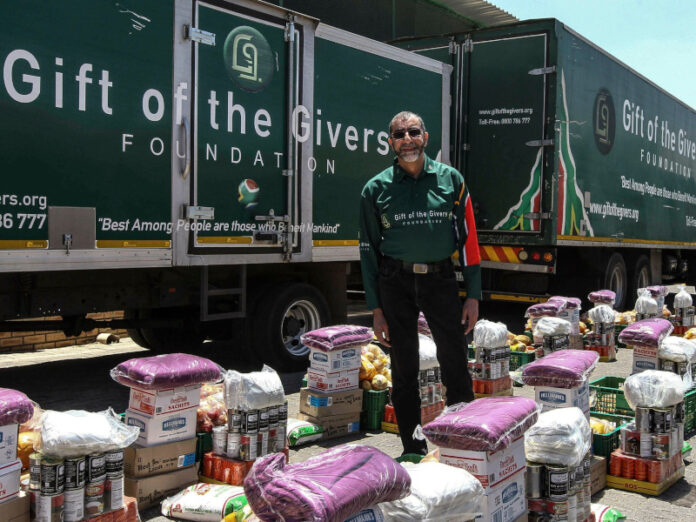 The Gift of the Givers Foundation has confirmed that it will be providing humanitarian assistance to war-torn nations.

In a statement released on Saturday, the world-recognised charity organisation announced that they are extending their services to Ukraine, Afghanistan and Syria.

“The intervention will be in two parts: to provide emergency medical and non-medical assistance to frontline facilities and internally displaced civilians inside Ukraine,” they said.

They said they will fund the repatriation of South African students wanting to return home while some students prefer to stay on in Europe.

The decision to offer support to these regions came after a meeting with representatives from Slovakia, Romania, the Health Ministry of Ukraine, a doctor in Kyiv, Croatia and surgeons from the United States.

“Following that important session, we received a call from the Ukrainian aid-coordinator late last night for guidance on various issues,” the Gift of the Givers said.

The organisation sent a blueprint on how to manage the humanitarian situation decisively in Ukraine having faced an almost identical situation in Syria where a South African team set up the Ar-Rahma Hospital.

The charity added that arrangements had been put in place to buy several items in Europe and Ukraine while the supplies from South Africa make their way to the region on scheduled flights.

The Gift of the Givers is also negotiating with several pharmaceutical companies, medical aid companies and corporate companies to provide aid.

“A South African family in Ukraine is currently distributing aid on our behalf. We have funded the first delivery today, some distance from Ivano-Frankivsk. Aid will also be sent to Kharkiv,” the organisation said.

This initiative is in addition to all the work the Givers already do such as offering aid to Somalia and Malawi while also repairing public hospitals in South Africa like the Northdale Hospital in Pietermaritzburg.