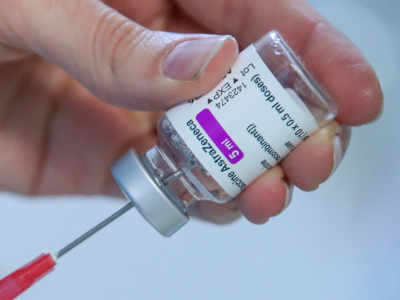 Europe’s three largest countries – Germany, France and Italy – are among several who have suspended rollout of the AstraZeneca vaccine because of reports of blood clots being caused by the jab.

As international opinion continues to gain pace against the vaccine, the World Health Organisation (WHO) has appealed for calm, reminding governments that there is no evidence yet that the jab had caused blood clots in some people who received it.

Denmark and Norway reported last week that a number of people who had received their first dose of AstraZeneca jab reported incidents of bleeding, blood clots and a low count of blood platelets.

Blood clots can cause blocking of the blood supply to an organ, which is potentially life threatening because it can affect oxygen levels to the lungs and cause lung damage.

In the days following these reports, Ireland and the Netherlands announced that they would cease administering the vaccine until it was confirmed to be safe.

The leaders of France and Italy have also explained their decision as a precautionary measure.

Emmanuel Macron, the French president, said the call was made “out of precaution … in the hope we can resume quickly if the EMA [European Medicines Agency] gives the green light” at a meeting scheduled for Tuesday afternoon.

Meanwhile, Italy’s medicines authority, Aifa, said it was also suspending inoculations as a “precautionary and temporary measure” before the EMA decision.

Many experts have criticised these governments’ decision, arguing that it will ultimately be more deadly to withhold the vaccine, and that there is no proven link between the AstraZeneca jab and instances of blood clotting.

David Spiegelhalter, chair of the Winton Centre for Risk and Evidence Communication at Cambridge, has argued that there has not actually been an abnormal increase in cases of blood clots in Europe.

Spiegelhalter wrote in The Guardian, “in the current circumstances we need to think slow as well as fast, and resist drawing causal links between events where none may exist.”

South Africa halted its rollout of the AstraZeneca vaccine on 8 February for an unrelated reason – because of its low efficacy rate at preventing transmission of the virus.