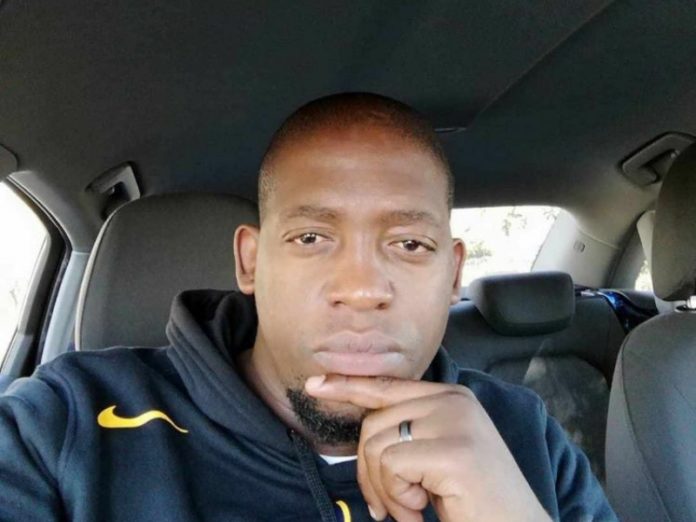 When gender-based violence (GBV) activist Zimpilo Kgorogang saw a woman being assaulted by her boyfriend he intervened – and it cost him his life.

Zimpilo was shot and killed with his own gun while trying to protect the woman on Saturday night in the street in Tsakane in Springs.

Witness Thando Madlala said that when Zimpilo tried to reason with the suspect, the suspect started assaulting him and a fight broke out.

“Zimpilo pulled out his firearm to threaten the suspect and they started wrestling for the weapon… and the suspect overpowered him,” said the witness.

“The suspect went on to shoot him many times in his upper body.”

It is alleged that when the suspect realised what he had done he threw the fire arm on the roof of a nearby house and fled.

The firearm was later recovered by the police after the crowd told them where it was.

Zimpilo was rushed to Pholosong Hospital for medical treatment where he later succumbed to his injuries.

His friend Linda Mabena was with him during the incident, and said they told him not to get involved.

“But he couldn’t stand by and watch as the suspect assaulted his girlfriend. That is the kind of person he was. Always ready to help others,” he said.

Kwa-Thema police spokesperson Constable Nkululeko Magudulela confirmed that they are investigating a case of murder.

“The 44-year-old suspect was arrested on Sunday morning and will appear before the Springs Magistrate’s Court. The firearm that was used during the incident has been booked for ballistics and further investigations are underway,” he said.