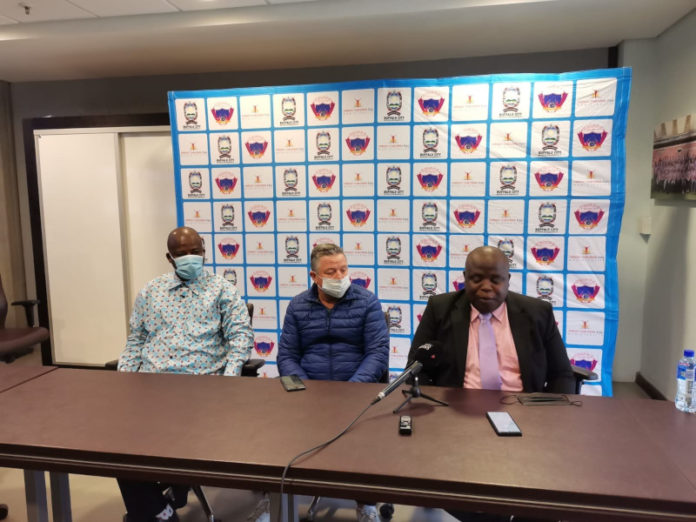 Gavin Hunt has been announced as the new manager of Chippa United following his sacking from Kaizer Chiefs.

“Chippa United Football Club is pleased to announce the appointment of Gavin Hunt as the Club’s new Head Coach,” the club said in a statement.

After his less than impressive stint with Kaizer Chiefs he will be hungry to prove his worth at the home of the Chilli Boys.

Despite failing with Amakhosi, Hunt is an extremely experienced manager and it will be seen as a big victory for the entire Eastern Cape as the side looks to improve after finishing 15th in the DStv Premiership last season.

Hunt made history in 2010 as the first coach to win three consecutive PSL titles with SuperSport United as well as winning the 2012 Nedbank Cup.

It’s not going to be an easy mountain to climb, but after his disappointing spell with Kaizer Chiefs, Hunt will be looking to prove his worth in the footballing world again – and it won’t be a surprise if he does.