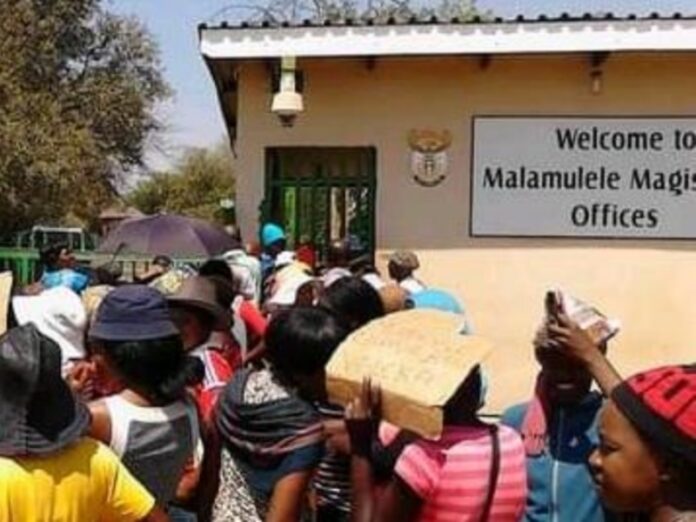 After robbing the Malamulele police station of firearms and cash last year the suspects went on a shooting spree injuring five people and killing another. They also went on to bomb ATMs in Malamulele and a safe at a hardware store in Bolobedu.

This was revealed during their appearance at the Malamulele Magistrate’s Court on Thursday as the state added charges of armed robberies, murder of a pedestrian and attempted murders of five other people at the Malamulele Circle.

It is alleged the suspects were making their getaway after bombing ATMs at the local filling stations when they came across the victims at the circle and opened fire.

The group of around 20 ruthless and heavily armed suspects, who are charged with more than 100 charges, stormed the Malamulele police station, robbed members on duty of their firearms and locked them in the back of a police van.

The suspects then proceeded to rob a local KFC outlet and a number of filling stations in Malamulele and Njakanjaka.

They were arrested in January.

It is believed they were intending to bomb more ATMs in the province.

A Toyota bakkie and a Mercedes-Benz which were reportedly used to commit these crimes were also seized.

Limpopo NPA spokesperson Mashudu Dzhangi said the suspects have appeared at different courts including Giyani, Waterval, Kgapane and others in Mpumalanga.

“They are facing one count of murder, five counts of attempted murder, unlawful possession of firearms, ammunition, possession of explosives, six counts of robbery with aggravated circumstances and three counts of hijackings,” said Dzhangi. They are due to appear again on 11 February 2022 for bail application.