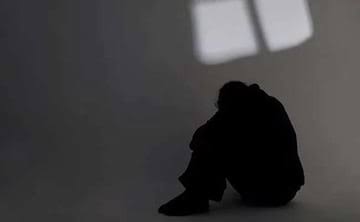 Brenda was expecting her first child when she found herself face to face with a gang of thugs.

So traumatised was the 22-year-old woman that she lost the baby, leaving deep emotional scars.

Brenda said she was coming from a tuck shop in the crime-ridden township of Mankweng, outside Polokwane, when four young men blocked her way.

“At first I didn’t scream. I was close to my house so I thought I was safe. But then I realised two of them had knives,” she said.

“They took my phone and money. Then they started stroking my tummy and sucking my breasts while waving their knives. One suggested that they drag me to a deserted building where they could rape me. I begged for mercy but they were not interested,” she said.

Brenda was saved by a group of boys returning from football practice who chased them away.

“I was topless after they fled the scene with my bra and shirt.”

Brenda had a miscarriage three days after the traumatic experience.

Mankweng is one of the crime hotspots in Limpopo, which is marred by gang violence and turf wars.

Notorious gangs target customers at Paledi Mall and rob them at knife point, sometimes in daylight.

Following recent incidents of violent crime an anti-crime organisation, Motswikitswiki, has been established to fight crime in the township and neighbouring villages.

“These gangsters are targeting shoppers. On weekends, they go to the shopping complex and get drunk and take drugs. Then they fight among themselves and innocent people are caught in the crossfire.”

“We have arrested some of the gang members who are now facing criminal charges,” he said.