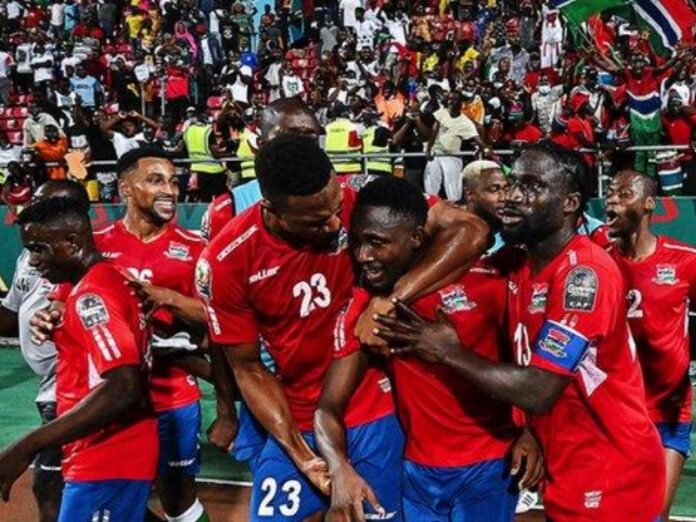 Despite being the lowest ranked team at Afcon, Gambia have proved they have what it takes to become one of Africa’s football giants.

Nobody would have guessed it was their debut if they watched any of their games. They made it to the quarterfinals where they were eventually beaten by hosts Cameroon.

Gambia is also the lowest ranked team to have ever competed at an Afcon tournament.

Eight years ago fans of the national side would have never believed that in less than a decade they would be watching their team play at Africa’s biggest showpiece.

In 2014 Gambia received a two-year suspension from the Confederation of African Football (CAF) for using overage players in youth tournaments.

Four years ago, Belgian coach Tom Saintfiet took over the team that had no international acclaim but vowed that the side would gain pedigree with each game.

At the time Gambia had not won a single competitive game for five years.

And now his side had the whole world rooting for them in Cameroon.

The majority of the side’s success comes from Saintfiet’s plan to access Gambia’s diaspora across the globe with his Afcon side featuring players from 17 leagues across the world, including South Korea, Belarus and Sweden.

The Scorpions only lost once during their five matches in Cameroon, defeating the likes of Mauritania, Tunisia and Guinea before being knocked out by the tournament’s hosts.

What Gambia and Saintfiet have achieved is nothing short of a miracle. Football fans can expect them to make an appearance at next year’s Afcon tournament and perhaps even at the 2026 World Cup.