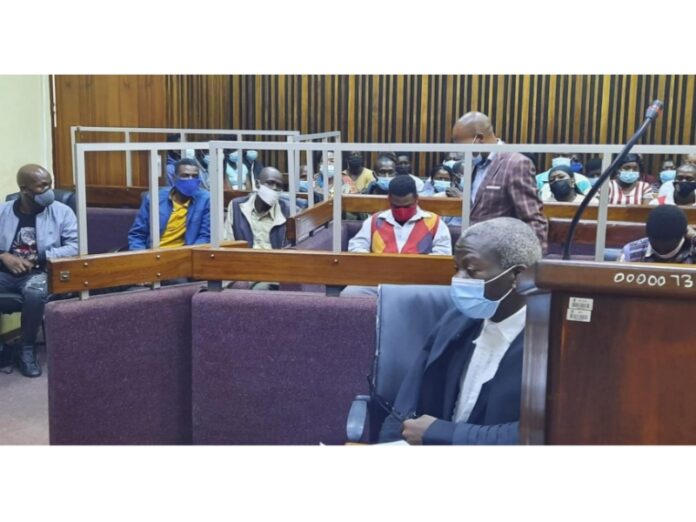 While the sentencing of nine members of a policing forum in Tshivhilwi outside Thohoyandou have many residents applauding the law, others are enraged.

This week the nine ”CPF” members were sentenced by the Thohoyandou Division High Court of South Africa to life imprisonment, for the murder and kidnapping of Vhonani Sibara.

The community policing forum was formed in 2014 to fight crime in Tshivhilwi.

While the structure was soon known in the village, it didn’t have a working relationship with the local police, as deemed by the law.

In a case that shocked the village, 11 members of this structure handed themselves over to the police.

While two of the members have passed away since the crime was committed in February 2014, the other nine ”CPF”  members were sentenced to life by the High Court in Thohoyandou this week .

The sentences were received with mixed reactions.

The family said seeing the convicted murderers going to jail for life was a relief for them.

“The brutal killing of our loved one has been troubling us for years. At one stage we thought justice would not prevail, but it has finally come,” said a relative.

“We know Vhonani will not come back but the punishment meted out is sufficient.”

Another member of the community said the sentence was a blow to crime fighting.

“These guys are real heroes in the community,” he said.

“We had been crying for a long time about crime in the area but police were not doing anything about it. We were fed up with the spiralling crime.”

Many community members said criminals unleashed a reign of terror,  giving them sleepless nights but said that when the forum started operating then crime stopped.

“This is how they are rewarded,” said a community member.

“Crime will definitely increase as no one will be prepared to hunt down criminals after this. These forum guys are our heroes who were trying to clear the community of crime.”

Director of Public Prosecutions in Limpopo, Advocate Ivy Thenga,  applauded all who worked to make sure the case was thoroughly investigated to secure the life sentences.

She said the sentences would send a strong warning to communities to not  take the law into their own hands.