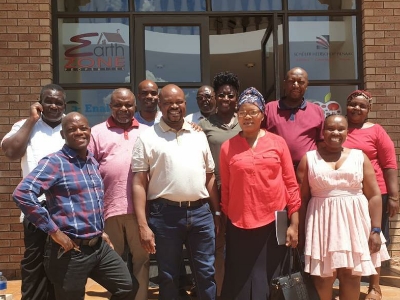 Dimani Agricultural school in Vhembe Limpopo which, used to produce the best results in the province years ago, is in a state of decay.

Built in 1978, the school produced high profile personalities and professionals such as the University of Johannesburg principal Professor Tshilidzi Marwala and former Musina municipal manager Abraham Luruli. It has now come to ruin, and over the years it has crumbled in terms of both results and infrastructure.

It is now a shadow of its former self.

The school has deteriorated to such an extent that its walls are now cracked and the paint is peeling off.

Touched by the deteriorating state of their school, former learners – who included Prof Tshilidzi Marwala – met at the weekend and decided to take action to return their school to its former glory.

The Dimani Alumni Association committee was elected during the meeting.

Alumni Association spokesperson Abraham Luruli said: “We studied here and things have changed for the worse. This was one of the best schools producing best results but that is now history.

“The infrastructure has also deteriorated, we would like to see the school redeem its former glory and be counted among the best in the country,” he said.

He said that they will assist the school by arranging bursaries for deserving learners, invest in infrastructure development and provide extra lessons for learners.

“We have so far helped three learners with bursaries and developed the school website,” he said.

Marwala, who is now University of Johannesburg principal, pledged his full support to the project.

“We have so many challenges at the school and we hope their intervention will go a long way in taking us back as an agricultural high school,” he said.