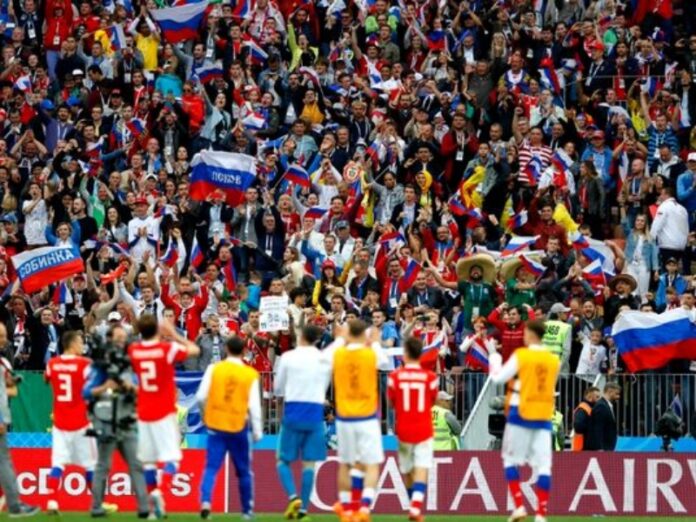 While both Fifa and Uefa are taking steps to cut out Russian participation in football, many of the world’s top leagues are holding on to their lucrative broadcasting deals with Russian media companies.

On the ground, football players and fans are calling for peace, but behind the scenes football is refusing to ignore Russia and its money.

Premier League TV’s deal with Rambler Media, controlled by state-owned bank Sberbank, remains in place despite the bank being sanctioned by the United States and the United Kingdom.

Sberbank was sanctioned last Thursday with its ability to make transfers internationally limited as they were excluded from the Swift payment system.

Reports suggest that the Premier League TV deal with Rambler Media is worth around R143 million per year.

The Premier League has not contacted any of its clubs regarding a potential change in relationship with its Russian partners.

England’s first division also has a partnership with Match TV, which is controlled and owned by Gazprom Media.

Uefa took the decision to drop its partnership with Gazprom, a Russian energy company which brought the governing body close to R700 million per year. Gazprom Media, meanwhile, was sanctioned by the US last week.

The deal with Match TV will only come into effect for the 2022/23 season and is set to be a six-year deal worth around R1 billion in total.

The England Football Association also has a deal with Match TV to show FA Cup fixtures in Russia.

While Uefa dropped their deal with Gazprom, their relationship with Match TV to show Champions League fixtures in Russia remains intact.

According to the Athletic, the Spanish League are said to be reviewing their partnership with Match TV.