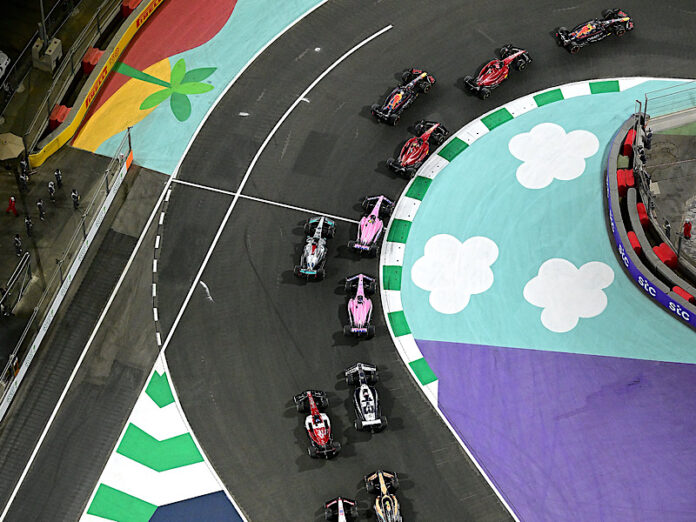 For many years, Formula 1 cars could not race head to head all that well, sacrificing on-track battles for pure speed. But that has all changed in the 2022 season.

Formula 1 cars have undergone the most drastic change that many fans have seen in their lifetimes. But whether the changes will be effective remains to be seen.

Both the front and rear wings have been redesigned to allow for more airflow through the cars. The wheel size has also increased from 13-inch to 18-inch.

The wing changes are the most recognisable and the most influential, as less “dirty” air travels through the cars when they are behind another car – permitting the wheel-to-wheel action.

Just two races in, fans, technicians and drivers alike are delighted. Cars can follow each other for several laps without overheating or losing speed.

The Saudi Arabia Grand Prix had numerous examples, with the battle between Alpine drivers Esteban Ocon and Fernando Alonso demonstrating it best.

The two drivers battled it out for a good five laps, exchanging positions every lap, before team orders told Ocon to hold his position.

Last season’s cars couldn’t follow closely behind one another for more than a lap or two before an engine overheated and the driver was forced to hold back.

This season is the complete opposite. Overtaking a car is no guarantee that its position is secure, as the following driver has the ability to fight back immediately.

This happened several times throughout the last race going into the final corner, forcing drivers to slam on brakes in the hope of not overtaking the driver in front because they would easily catch them on the main straight.

After the race drivers compared the new cars to that of karts, admitting that the races are fun and exciting for them as well.

“They are like go-karts, it is great,” Ocon said post-race.

Despite finishing the race in second place behind Max Verstappen, Charles Leclerc said: “Every race should be like this. It was so much fun.”

Formula 1, like any other business, is often about how to make the most money. But this time they have hit the nail right on the head.

Close wheel-to-wheel racing throughout every Grand Prix is a huge fan pleaser, which will in turn make the sport more profitable as more people get on board the Formula 1’s high speed train.