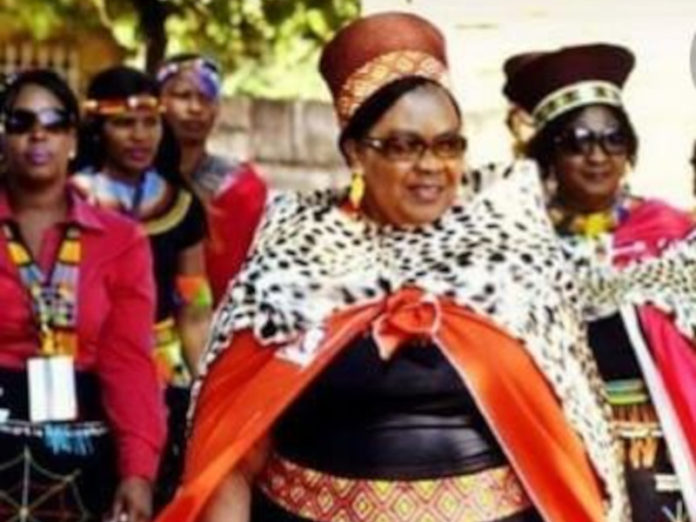 With over 2,8 million hectares of land involved, the estate of the late Zulu Monarch King Goodwill Zwelithini kaBhekuzulu was always going to be decided by the courts.

His Majesty’s wealth was estimated at over R300 million excluding the 27% of all the land in KwaZulu-Natal that was under his control through the Ingonyama Trust.

Add to that an annual allowance of R73 million from the KZN government and numerous royalties paid for use of the Zulu royal brand by filmmakers and the tourism industry.

Even without annual increases, over R700 million of taxpayer’s monies would fund the lavish lifestyle of the Zulu Royal Household in the first 10 years of King MisuZulu kaZwelithini’s reign.

It therefore comes as no surprise that King Zwelithini’s first wife, Queen Sibongile Dlamini (above), is refusing to withdraw her claim of 50% of the entire estate.

By her logic, the other five wives and King Misuzulu, should share the remaining 50%.

Scrolla.Africa has learned that reports that Queen MaDlamini has withdrawn the case in the Pietermaritzburg High Court are false.

Corresponding reports that King Misuzulu has met with the queen are also false.

“I have just spoken to Queen Sibongile. She said there was no meeting or agreement with King Misuzulu. They never met since she filed the founding affidavit in court,” a princess told Scrolla.Africa.

This comes after reports that the new Zulu King has agreed to financially support all the wives and children of his late father.

“No case has been withdrawn and no meeting has been held between King Misuzulu and Queen Sibongile,” said another source close to the royal family.

Another princess said the case was postponed because of the memorial service on Friday.

The case has about 18 respondents, including the President, Cyril Ramaphosa and KZN Premier Sihle Zikalala.