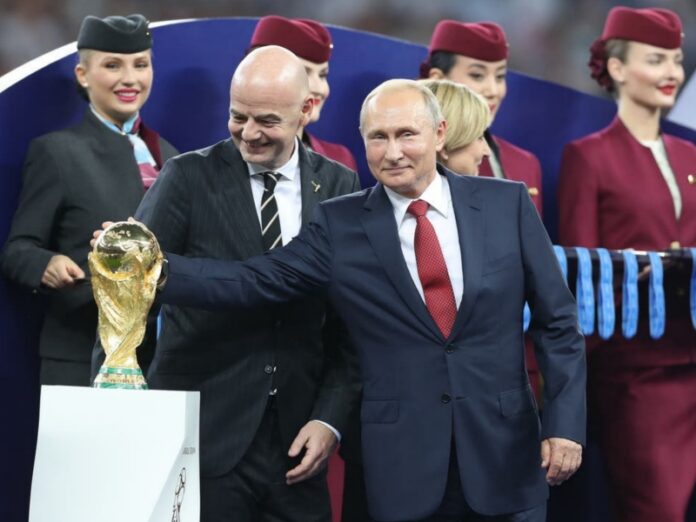 Fifa is facing growing pressure to ban Russia from competing at the Qatar World Cup following its invasion of Ukraine.

Although Russia has not yet qualified for the tournament, their opponents Poland and potential opponents in Sweden and Czech Republic have both refused to honour the fixture.

Both sides emphasised that they will not play Russia under any circumstance, regardless of where the venue is.

President of France Football Noel Le Graet joined the calls for Russia to be excluded from the World Cup in November.

“The world of sport, and especially football, cannot remain neutral. I certainly would not oppose the expulsion of Russia,” said Le Graet.

The Czech Football Association also added that they would not play against Russia if they were to win their game against Sweden.

“The Czech FA executive committee, staff members and players of the national team agreed it’s not possible to play against the Russian national team in the current situation, not even on the neutral venue. We all want the war to end as soon as possible,” it said in a statement.

With England joining the calls to have Russia excluded from the World Cup, Fifa took the decision to allow Russia’s qualification campaign to continue.

Fifa ruled on Sunday night that Russia’s fixtures will go ahead in a neutral venue without spectators, the Russian anthem will not be played and the team will be referred to as the Football Union of Russia.