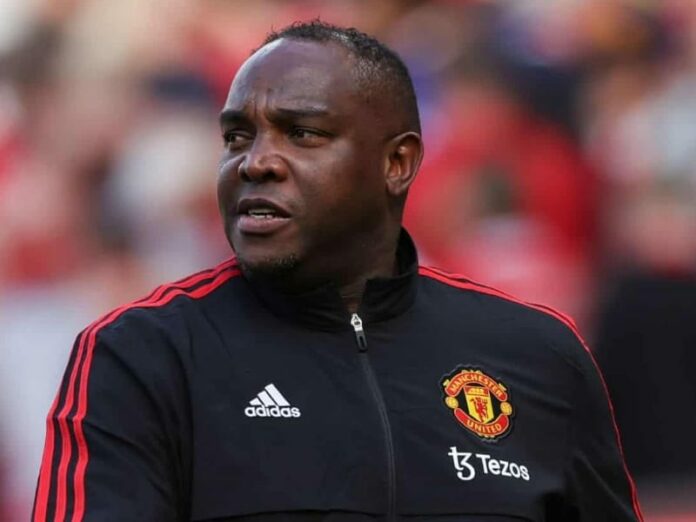 The Portuguese midfielder opened up about working under McCarthy after the Red Devils recorded their first Premier League victory of the season on Monday night over arch-rivals Liverpool.

His experience as the top Mzansi’s marksman has started to show at Old Trafford and Fernandes couldn’t wait to brag about it.

Fernandes said he watched McCarthy closely during his time at FC Porto in the early 2000s.

“As a young player I watched him in Portugal playing for Porto and scoring goals and it was a joy to see him,” the midfielder told SuperSport.

The Red Devils manager Erik ten Hag roped in McCarthy at the first team where his focus is on player’s positioning and finishing and aspects of being an attacking player.

“He was quality as a player and he is quality as a manager. We do many drills, from finishing to headers, something he did really well when he was playing. Hopefully he can help us to score some goals,” Fernandes said.

“He’s a really funny person – always positive. He brings good energy in the dressing room and on the training ground.”

In 2004 McCarthy helped Porto win their first ever Uefa Champions League title with Jose Mountain as the coach.

Fernandes added that having McCarthy around will be good for many of his friends and family who support Porto.

He said they can come to Manchester and see him and get a photo with him.

McCarthy and the rest of the United squad travel to St Mary’s Stadium on Saturday for a clash against Southampton.

The Red Devils will be hoping to pick up where they left off against the Reds and collect their first points away from home. Image source: @TheCitizen