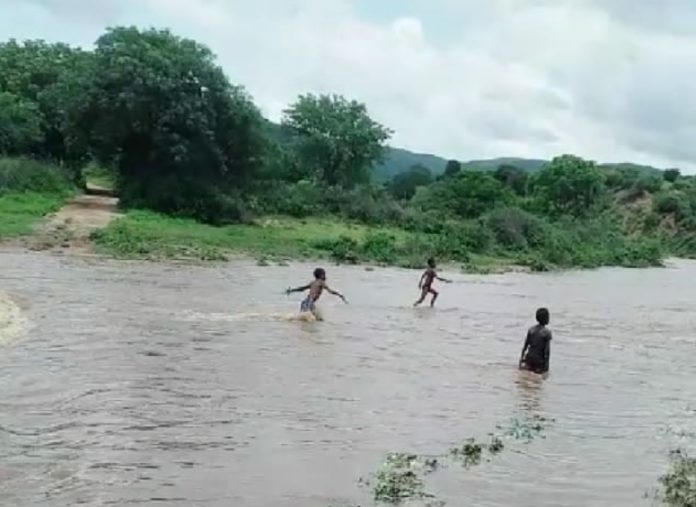 Many parents of kids in Limpopo, Mpumalanga and KZN can’t wait for schools to reopen.

This is because Tropical Storm Eloise that ravaged parts of these provinces has resulted in dams and rivers overflowing.

The Letaba River at Ga-Sekgopo outside Modjadjiskloof is also overflowing after being dry since 2000.

Now kids are risking their lives daily by swimming in dams and rivers without supervision.

Some parents are now afraid they could lose their kids. This is because they believe that is where they will be safe, in spite of Covid-19.

Molatelo Maepa said they are not always at home to watch their kids as they are working.

“The kids pretend they are listening to us, but once we leave our homes they do the opposite. We are afraid to spank them because we don’t want to be arrested and we can’t lock them in their rooms,” she said.

Since the river has been full, kids have been swimming every day.

Parent Kedibone Mampa said: “The only way they can play far from the river is if they are in school. When they come back from school they do their homework and then it’s too late for them to go out.”