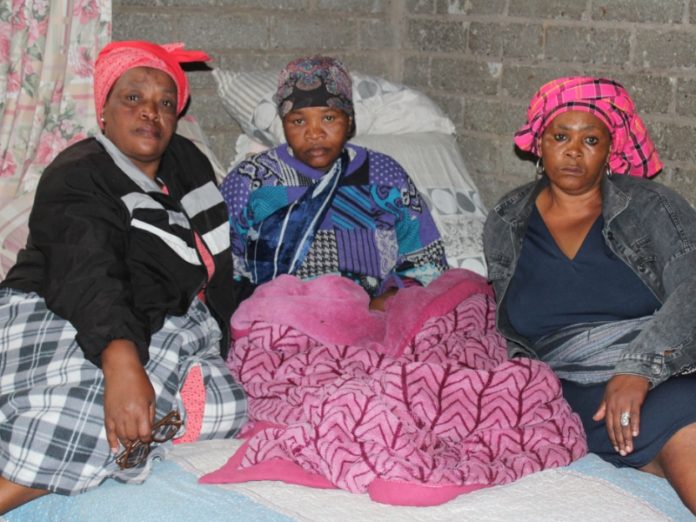 Sitting on the mattress, the grieving mother of 15-year-old Lerato Magoete said her daughter was killed like an animal.

“I am struggling to block the images of her lifeless body lying in the bushes,” Sylvia Magoete said.

“She died a painful death, this will haunt me for the rest of my life.”

Lerato’s body was discovered on Saturday morning. She had been raped and killed and had suffered open wounds. A big rock had been placed on her legs and another next to her head.

Her family and neighbours suspect a family friend is responsible for her murder, after a neighbour told the family she saw the girl walking with the suspect in the direction of an open veld.

An aunt, Agnes Magoete, confirmed to Scrolla.Africa that two weeks ago the deceased confided in her that the suspect liked touching her in a way which made her uncomfortable.

The deceased was reported missing on Thursday. The community joined in the search but her body was found by a group of worshippers on Saturday in an open veld near a reservoir in the Masechaba section in Duduza, Ekurhuleni.

The family immediately rushed to the scene and her aunt, Bafedile Mofekeng, identified the body.

On Sunday afternoon, an angry mob assaulted the suspected family friend who was rescued by the police.

Duduza police spokesperson, Sergeant Harry Manaka, confirmed that they are investigating a case of murder. No one has been arrested and investigations are still underway.

The suspect has been removed from the township to allow police investigations to take place.