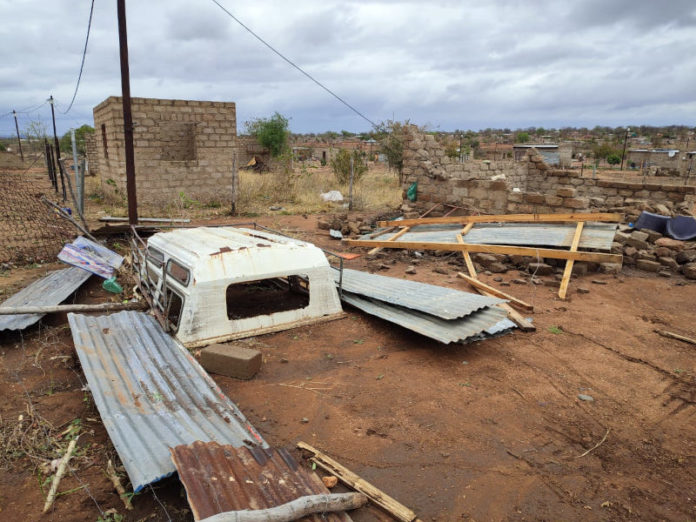 A woman was killed when a tree fell on top of her shack during a thunderstorm that hit Phalaborwa over the weekend.

Tintswalo Mbiza, 21, was sleeping in her shack with her husband and daughter on Saturday night when the storm’s powerful winds caused the tree to collapse.

The couple built their shack closer to the tree a few years ago.

Her husband Chicco Khoza told Scrolla.Africa that he was woken by a loud sound on that fateful Saturday night.

“When I opened my eyes, my wife was stuck under the tree and motionless, our daughter was crying and bleeding. I tried pulling Tintswalo from under the fallen tree but she didn’t move,” said Khoza, from Majeje village.

He grabbed their three-month-old daughter and ran to the neighbours for help. But it was too late for his wife.

“I still don’t know how our daughter and I survived that incident because we were sleeping on the same bed. After everything it was still raining heavily with strong winds but I had to go through the heavy rains to seek help,” he said.

“We are working closely with everyone, including the department of social development to ensure that families receive the support they need during this difficult time,” he said.

Mopani district municipality mayor Pule Shayi sent his condolences to the family and wished a speedy recovery for the injured baby, who is in hospital.