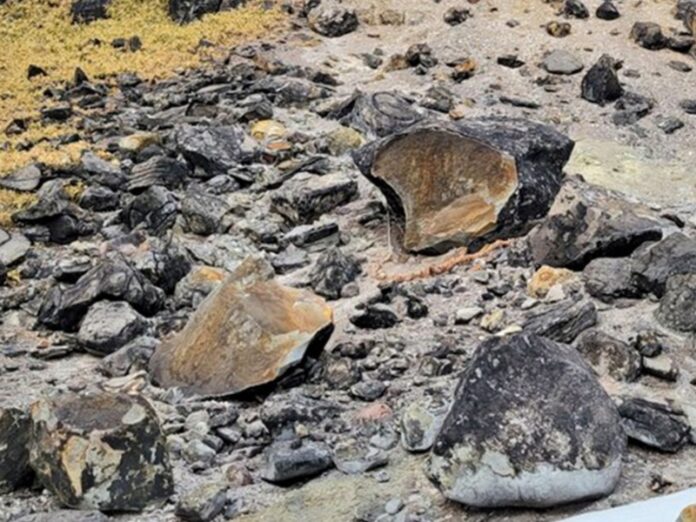 If you thought that 2022 couldn’t get any worse, an evil spirit locked in a Japanese rock for almost 1,000 years has escaped and is on the loose.

Believers are panicking because the so-called “killing stone” that kept the demon locked up has split in two.

The New York Post reported that, according to Japanese legend, anyone who encounters the volcanic rock will die.

The rock (officially called Sessho-seki) is home to Tamomo-No-Mae, the Nine-Tailed Fox.

The demon apparently took the form of a beautiful woman, who tried to kill the Emperor of Japan in the 12th Century.

The break-up of the rock has sparked panic at the site and on social media.

One person commented: “Here I thought 2022 couldn’t get worse. Now a furious Japanese spirit is freed from its ‘killing stone’.”

But another joked: “My guess is the demon is going to look around at 2022 and and want to go back into the rock for another thousand years.”