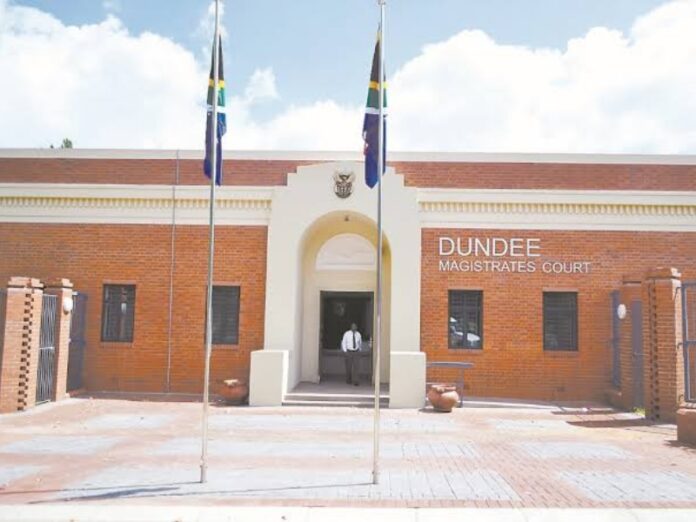 After spending decades serving the police force, the peers and colleagues of Roshan Banawo thought that the decorated police captain had more than earned his retirement.

However, whilst clearing out his office at the Dundee Magistrate’s Court, cleaners got the shock of their lives when they discovered a human skull hidden away inside a bucket inside a steel filing cabinet.

Banawo had made international headlines once before in his career. In 1990, the then-detective was hailed as a hero for leading the investigation into the murders committed by white farmers Piet Henning, his brother Eiker Henning and his father Ziet Henning.

Piet was found guilty of killing and beheading two black farmworkers, Ernest Mkhize and Sipho Mabaso, at a drunken braai in June 1996.

He reportedly drove over Mkhize’s head with his bakkie before chopping off his head for the crime of accidentally calling him “Piet” instead of “Baas”.

Piet then returned to the braai and carried on partying. Soon afterwards however, he began assaulting Mabaso with another farmer and afterwards strangled him to death. Mabaso was also beheaded and the two farmworkers were buried in shallow graves.

Banawo, who was widely celebrated for cracking this case which brought Piet to justice, is believed to have kept one of the skulls belonging to the murderer’s victims.

According to local newspaper The Northern Natal, the police are investigating the matter after the skull was discovered this month.

The police’s head of detectives in Dundee, Lieutenant Colonel Victor Mpungose, told the newspaper that they are investigating the case and the skull has been sent to Pretoria for forensic analysis in order to identify who the skull belonged to.

Piet was sentenced to 30 years in prison in 1999. He was also convicted of the killing of Sibusiso Sibisi in 1996.

Extraordinarily, his father Ziet was sentenced to 25 years imprisonment himself in September 2000 for hiring a hitman to murder the state witness who was testifying against his son. The hitman, Gerard Opperman, tipped the police, leading to Ziet’s arrest.

Piet’s brother, Eiker Henning, was also sentenced to 25 years in prison for murdering a black employee.

The Henning cases exposed the horrific violence and shocking racism black farm workers faced at the hands of white farmers, and Banawo was hailed for bringing the men to justice.

Endumeni councillor Xolani Msezana told Scrolla.Africa that they were shocked to hear the news of the skull from Banawo’s office.

“We know Banawo as an old police man here in Dundee but we are shocked about this. I wonder what he was really doing about the human skull,” said Msezana.