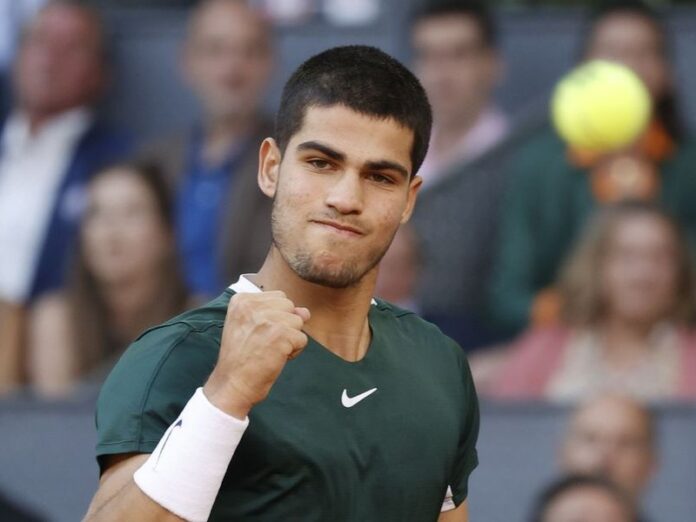 Teenage tennis sensation Carlos Alcaraz continued his sensational rise to the top with a thumping win over Alexander Zverev in the Madrid Open final on Sunday.

Alcaraz, who turned 19 on Thursday, picked up memorable wins over Rafael Nadal and Novak Djokovic in the quarter- and semi-finals respectively before going on to win the Madrid Open 6-3, 6-1 in little over an hour this past weekend.

The Spaniard is now up to sixth place in the world rankings — an incredible jump from 120th a year ago — and has his sights set on a grand slam victory.

“I really want to go to Paris to win a grand slam, to show my level in a grand slam. People are going to take me as a favourite, but I take that as motivation,” he said in a press conference.

“I have five more to go to be the best in the world. I am 19 years old, which I think is the key to being able to play long and tough matches in a row. I am feeling great physically.

“It feels great to be able to beat these players. To beat two of the best players in history and then Zverev, the world number three. He is a great player. I would say this is the best week of my life.”