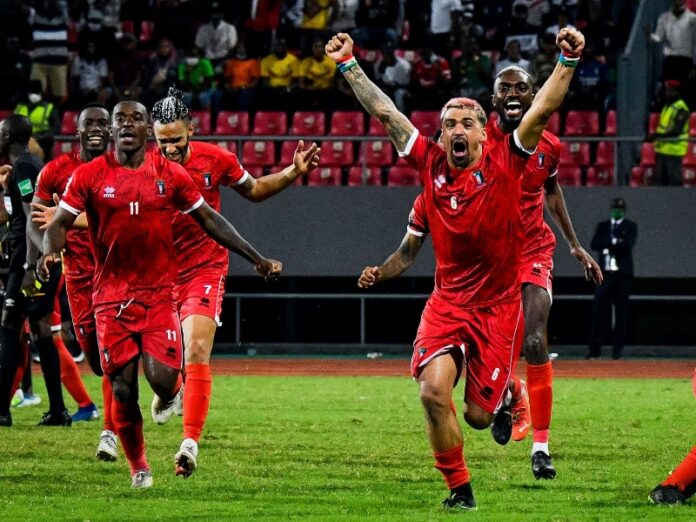 Equatorial Guinea has caused yet another major upset at the African Cup of Nations (Afcon) by sending Mali crashing out following a dramatic penalty shootout.

Mali were the overwhelming favourites. But as this year’s Afcon has shown, Equatorial Guinea have shrugged off their underdog status.

Equatorial Guinea emerged victorious 6-5 on penalties, with Mali failing to score three of their eight penalties.

Competing at only their third Afcon tournament, the team sent Algeria packing in the group stages.

Mali, ranked 53rd in the world, will be bitterly disappointed with their exit.

They dominated many aspects of the game but were unable to find the back of the net in an abysmal performance in front of the goal.

Equatorial Guinea knew their best chance of toppling another African giant would be to take the game to penalties and that they did.

An exceptional defensive performance took the game into extra-time and eventually came to an end with the scores level at 0-0.

The pattern of giant killing at this year’s Afcon looked to have come to its end when Emilio Nsue missed the National Thunder’s first penalty.

But an incredible goalkeeping performance from Jesus Owono secured his team’s spot in the quarter finals.

Mali will only have themselves to blame as they played with too much caution against a team becoming known to shock their stronger opponents.

Equatorial Guinea, ranked 135th in the world, will need to reach the semi finals to match their best performance at an Afcon tournament.

Their quarter final matchup pits them against Senegal, who are favourites to lift the trophy.

But it would however be foolish to rule out the National Thunder from yet again causing an upset in Cameroon.