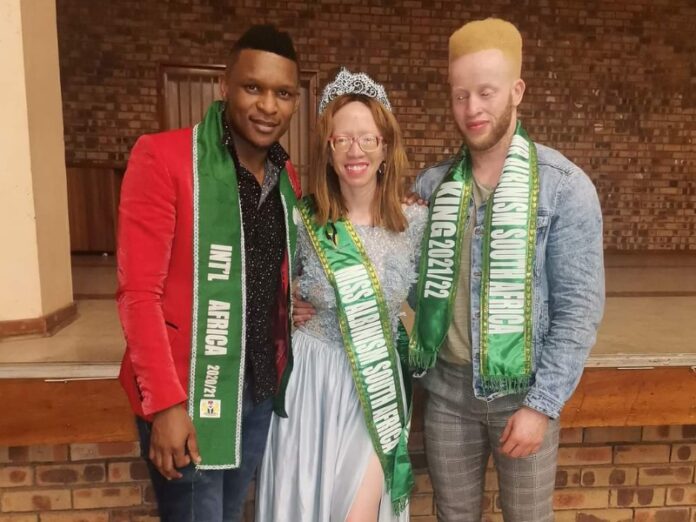 After hosting the first ever Miss Albinism South Africa last year, pageant founder Godfrey Mphatswe is inviting models with albinism to enter the second annual Miss Albinism to be held this year.

The Godfrey Mphatswe Foundation made history last year, by crowning their first ever Mr and Miss Albinism in South Africa: Queen Lerato Sethibe from the Free State, and King Brian Makhubela from Mpumalanga. In a glamorous event that was hosted in Victory Theatre in Houghton, Johannesburg.

Mphatswe, who was also dubbed Mr International Africa 2020 by the organisers of Mr Nigeria International pageant, told Scrolla.Africa that this year’s event will be bigger and better as he is planning to host the second instalment of Miss Albinism in Cape Town.

The Mr SA 2016 finalist is asking for sponsorship from companies and individuals around the country to help make this pageant a huge success.

“The entries are now open and we will be closing on the 30th of April nationally… more details will be announced later on this month.”