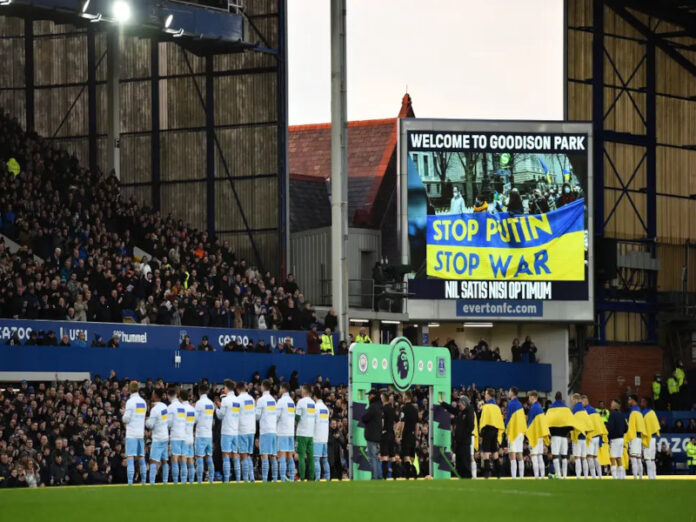 The English Premier League (EPL) decided on Tuesday to suspend its broadcasting ties with Russia in light of the country’s invasion of Ukraine.

The decision came during a shareholder meeting where all 20 clubs were in agreement.

“The Premier League and its clubs today unanimously agreed to suspend our agreement with Russian broadcast partner Rambler (Okko Sport) with immediate effect and to donate 1 million to support the people of Ukraine,” a statement issued by the league said.

Over two game weeks, teams showcased their support for Ukraine by having a moment of silence for the country as well as having captains wear armbands with the blue and yellow of the Ukrainian flag.

Despite the gestures and symbols, the Premier League was still accepting broadcasting money from Russia to show the league’s games in the region.

The Premier League deal with Russian broadcasters is worth around R120 million per year.

Last week, the British government announced the addition of Russian state-owned broadcaster Sberbank to its list of companies facing sanctions.

There is no confirmation as to whether the Premier League’s deal with Match TV, which is set to come into effect for the 2022/23 season, is still intact.

The deal is set to bring in R160 million for the league each year during the six-year deal.

The English Football Association also cancelled its deal with the Russian broadcaster, meaning no FA Cup fixtures will be broadcast in the region.

Russian broadcasters have not screened the messages and gestures of support for Ukraine before the Premier League matches, cutting the broadcast until kickoff.

The Spanish La Liga were also said to be reviewing their partnership with Match TV.