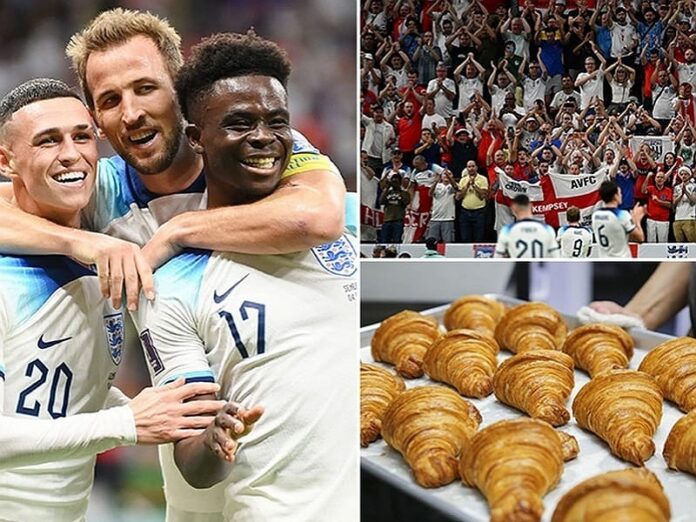 England supporters will not eat baguettes and croissants ahead of their quarter-final clash against France this week.

With both England and France easing past the round of 16, the two European giants are set to meet this Saturday for a final four spot in Qatar.

Fans of the Three Lions have taken it one step further and will not eat any French cuisine until the fixture.

The war has gone even beyond breakfast or afternoon snacks with one England fan pleading for others to even avoid macarons, a popular dessert.

“No baguettes from now on, no croissants, and don’t you even dare look at macarons. Come on England!”

As England fans often do, they found humour in the plea.

One fan wrote that he drives a French Renault and asked whether or not he should skip work for the week to avoid driving the car.

Another said during England’s infamous Euro final loss to Italy last year he ate an Italian pasta dish for dinner and still blames himself for the result.

England manager Gareth Southgate however knows that coming up against the reigning champions will be England’s toughest test.

“France is the biggest test we can face,” Southgate said after defeating Senegal.

“They’re world champions, have incredible depth of talent and outstanding individual players. They’re very difficult to play against and score goals against, so it’s a fantastic challenge and a brilliant game to prepare for.”

England and France are set to battle it out on Saturday 10 December with kickoff scheduled for 9pm.