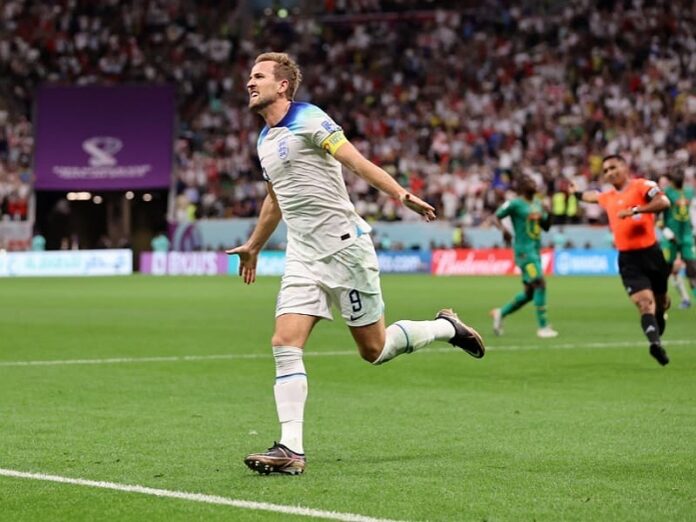 Harry Kane and England put on a dominant display in their last 16 clash with Senegal on Sunday, with the Three Lions winning 3-0 to progress to the Fifa World Cup quarter finals.

A magical footballing year came to an end for the Teranga Lions of Senegal, however Aliou Cisse’s side will know that they can leave Qatar with their heads held high despite defeat to the Euro 2020 finalists.

Gareth Southgate’s England lacked the enthusiasm in the early stages, moving the ball around without enough prowess to hurt the African champions.

Senegal had some good opportunities to capitalise from some early English errors, but after failing to make the most of them it very quickly became too late.

In the final ten minutes of the half Kane combined with Jude Bellingham to set up Liverpool captain Jordan Henderson for a goal that would ultimately breathe life into the Three Lions.

The Europeans turned up the gears, with Kane getting on the scoresheet for the first time in the tournament, finishing off from a Phil Foden pass on the brink of half time. The England captain became their top scorer in major competitions, overtaking Gary Linekar for the record.

Early on in the second period, England put the icing on the cake with Foden the creator yet again, this time for Bukayo Saka, who slotted home in style.

There was no room for even a consolation, as Southgate’s men saw out the final half hour to set up a colossal quarter final clash with defending champions France.