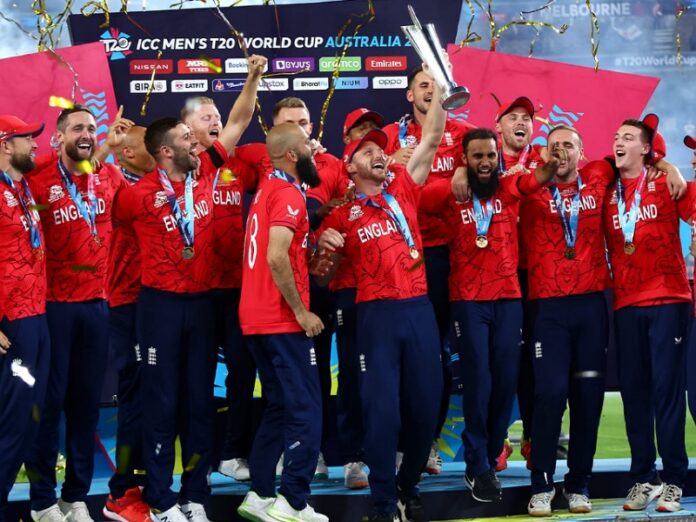 Buttler won the toss and opted to chase and his star man Curran made him proud yet again.

The 24-year-old picked up the key wicket of Mohammad Rizwan in the powerplay before adding two more to his tally at an economy of just three in his four overs.

The spin of Adil Rashid did wonders as well, dismissing captain Babar Azam for 32 and Mohammad Haris for just eight as Pakistan managed only 137/8 in their 20 overs.

In response, the Pakistan pacers picked up three powerplay wickets to make as much of a game as possible with their small total.

Buttler got to 26 though, and the run rate stayed where it needed to – making it easy for Stokes to play his natural game and hold up one end until the very end.

The 31-year-old Stokes, who has won many big games for his country, put up a half century to take England home once more with an over to spare.

“To be honest, I am a little bit lost for words, it has been a great tournament. First time for me in a World Cup and we have won it. Amazing crowd. I wanted to be adaptable coming into the tournament,” he said.

He said he wants to improve his batting though it is tough to get to bat in this line-up.