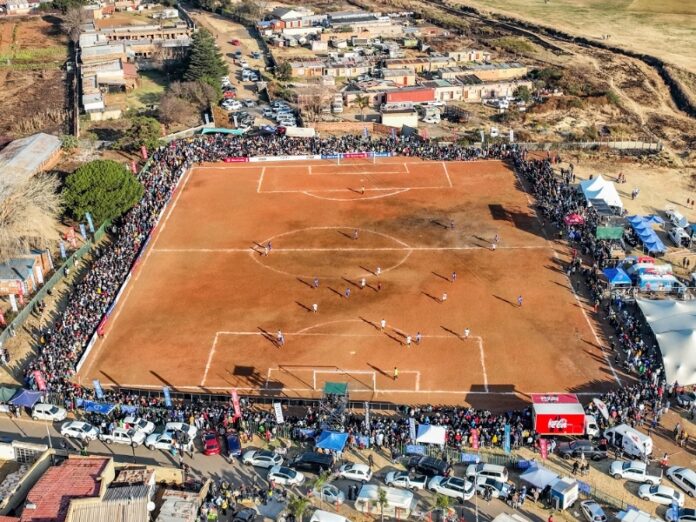 PICK OF THE SPORTS: Dylan Bettencourt takes us through the weekend’s unmissable sporting events.

➤ The pick of the bunch is the DStv eKasi champ of champs, which shows that the roots of South African football are still strong throughout the country.

The inaugural tournament is hosted on the sandy pitch of the Moletsane Sports Complex, offering the most traditional form of football to be remembered and cherished.

The tournament offers amateur football teams from across the country a chance to showcase their talents and possibly win R250,000.

As the tournament draws to a close, the best amateur football team in South Africa will be decided next weekend on 3 July.

South African football, while widely criticised, in its pure form is a delight to watch as the players on the pitch showboat and dance their way around each other.

It may not be effective in the game but it draws a crowd, both live and on TV – it offers entertainment and joy to those watching at the field and at home.

This weekend will see the semi-finals of the competition take place on both Saturday and Sunday.

Vaal Monate will face Free Agent FC at 1pm on Saturday, followed by AT Mambas against Ambassadors at 3pm for a spot in the Plate final.

The Cup semi-finals will be played on Sunday with La Masia taking on Chego17 at 1pm, again followed by Beke le Beke facing Chipolopolo at 3pm.

All the eKasi champ of champs action can be watched live on DStv channel 202.

➤ The Currie Cup will have its winner when the Griquas take on the Pumas in Kimberly this Saturday.

After a long hard-fought season, a new winner will be crowned when South Africa’s best go head-to-head.

The Griquas will head into the final as favourites but after narrowly beating the Cheetahs 38-35 in the semi-final last weekend, the momentum may be with the away side.

Both sides will undoubtedly go into the tie thinking they will be crowned champions, but only one can emerge victorious.

The Currie Cup final is set for Saturday 3pm, with the action live on DStv channel 201 and 211.