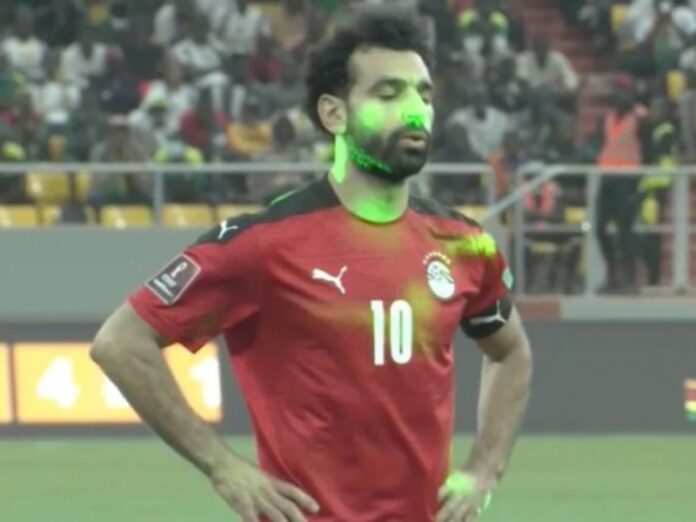 The Egyptian Football Association have accused Senegal of racially abusing their players during their World Cup playoff on Tuesday night.

In a repeat of the Africa Cup of Nations (Afcon) final, Egypt took on Senegal for a spot at the World Cup in Qatar later this year.

As with the Afcon final, Senegal came out on top through a penalty shootout. The tie was decided under controversial circumstances, after Senegalese fans shone lasers in the faces of the Egypt players to try and put them off.

Mohamed Salah missed his penalty for Egypt, skying the ball over the crossbar before his club teammate Sadio Mané scored the winning penalty for Senegal.

While it remains unclear whether Egypt will appeal the result, it seems likely that the players were affected by the lasers and it takes away from the fairness of the result.

“The Egypt national team have been exposed to racism with offensive signs in the stands against the Egyptian players in general and Mohamed Salah in particular. The crowd also intimidated the players by throwing bottles and rocks on them during the warm-up,” the FA said in a statement.

The statement went on to claim that players and coaching staff were also attacked with rocks and bottles on the bus prior to kickoff.

“The Egyptian group’s buses have also been exposed to assaults that led to broken windows and injuries. Pictures and videos have been filed as proof of the complaint submitted.”

Senegal’s victory will see the African champions make only their third appearance at the  World Cup after first competing in 2002 and four years ago in Russia.

Meanwhile, Salah – arguably the best player in the world – will not compete in the tournament, which will be held in December.

Algeria, the number one ranked side in Africa, also missed out on a spot in Qatar, highlighting the issues with the African qualification system for the World Cup.