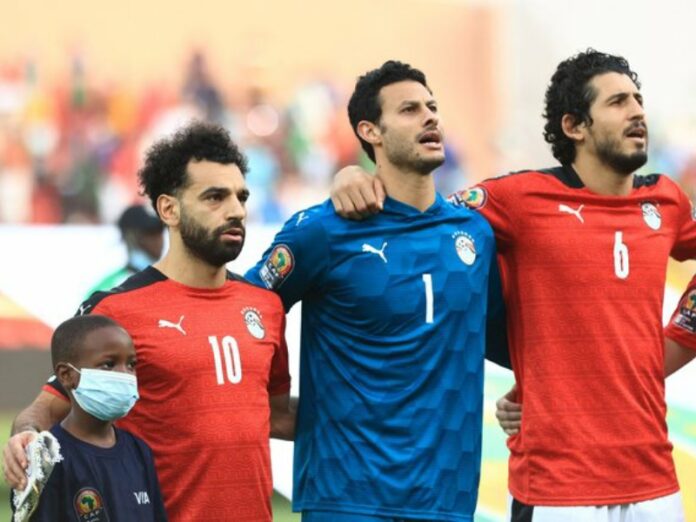 After a shaky start to the competition, Egypt made it to the last 16 of Afcon after edging past Sudan on Wednesday night.

The Pharaohs won 1-0 to finish runners up in Group D with six points and joined leaders Nigeria to the knockout stages.

Mohamed Abdelmonem was the hero for the Egyptians with a header in the first half.

Egypt, which arrived in Cameroon one of the favourites to lift the trophy, had a shocker of a start.

They were beaten by the Super Eagles in the opening match of the tournament, barely managing to lay a glove on them.

But they dusted themselves off for their next match against a stubborn Guinea-Bissau side and got those important three points thanks to captain Mohamed Salah’s solitary goal.

Now Egypt will be hoping to avoid the second round exit that they suffered in 2019 when they hosted the tournament. They were knocked out then by none other than Bafana Bafana.

Going forward, Egypt’s coaching staff should be concerned about the team’s lack of sharpness in front of goals, after scoring only twice in three matches.

The Super Eagles on the other hand have had no problems as far as the scoring is concerned, scoring six goals and conceding only one.

Wednesday’s 2-0 win over Guinea-Bissau meant they were the only team in this year’s tournament to win all their group matches. Second half goals from Umar Sadiq and William Troost-Ekong secured them the top spot in the group.

The Super Eagles have strengthened their claim to be amongst the favourites to be crowned champions. Their commanding start to the tournament was what their supporters needed.

In their outing at Afcon in 2019, Nigeria lost in the semi-finals to Algeria, which went on to win the tournament. This year, the Super Eagles are looking sharp and ready to go all the way.

Meanwhile, CAF has confirmed the draw of the 2022 FIFA World Cup qualifier playoffs will be held on Friday at Douala in Cameroon. At a very same event the draw for the 2023 Afcon preliminary qualifiers will also be held.

The next Afcon will be hosted by Ivory Coast.