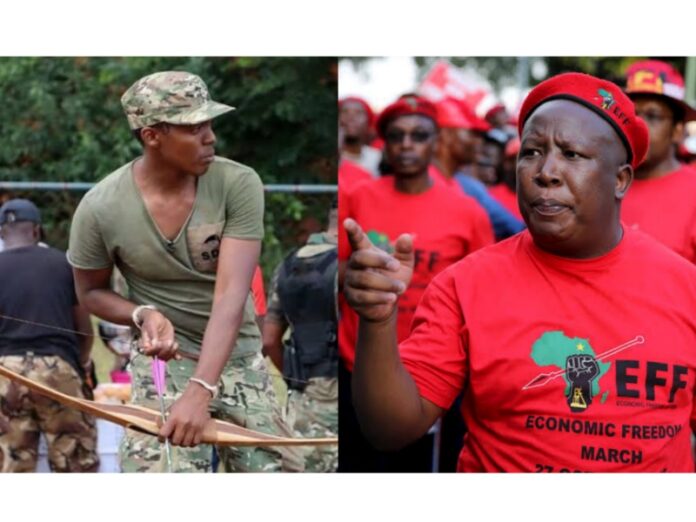 The Economic Freedom Fighters and anti-immigrant group Operation Dudula are set to meet at the Dobsonville police station on Wednesday morning on opposite sides of a legal battle.

Operation Dudula have announced that they will hold a march to the station, while the EFF has announced its intention to help a Soweto resident to open a criminal case against Dudula leader Nhlanhla Lux Dlamini.

“The EFF will accompany Ntate Victor Ramerafe, who will open a case against Nhlanhla Lux for breaking and entering into his home as well as intimidation and assault. The case will be opened at Dobsonville police station at 11 o’clock,” read a statement issued by the EFF on Tuesday evening.

Operation Dudula, led by Nhlanhla Lux, conducted an illegal raid of Ramerafe’s home in Soweto on Saturday because they suspected him of running a drug den and claimed that the police were not doing enough to conduct a raid on his house.

Victor has vowed to take Nhlanhla Lux to court over his conduct, accusing him of breaking and entering, as well as intimidation and assault.

On Tuesday evening, Operation Dudula also shared a poster that read: “Let us all meet at Dobsonville police station tomorrow (23 March) at 9am, to hug EFF members for supporting drug dealers in our black communities!

Dlamini has insisted that the march will be peaceful.

Speaking to Scrolla.Africa on Tuesday night, he said his members will show up in support of Dudula.

“We will be peaceful,” he said.

Later on Tuesday, Dlamini tweeted the poster with a caption that read: “I appreciate the support but please remember to exercise high moral and high discipline. Let’s not encourage division in our communities. We need to love and lead even those we disagree with.”

Meanwhile, six members of the separate Alexandra Dudula Movement who were arrested two weeks ago during the anti-immigration “clean-up” will appear in Alexandra Magistrate’s Court on Wednesday morning to apply for bail.

Last week, the case was postponed as there was no electricity at the court due to load shedding.