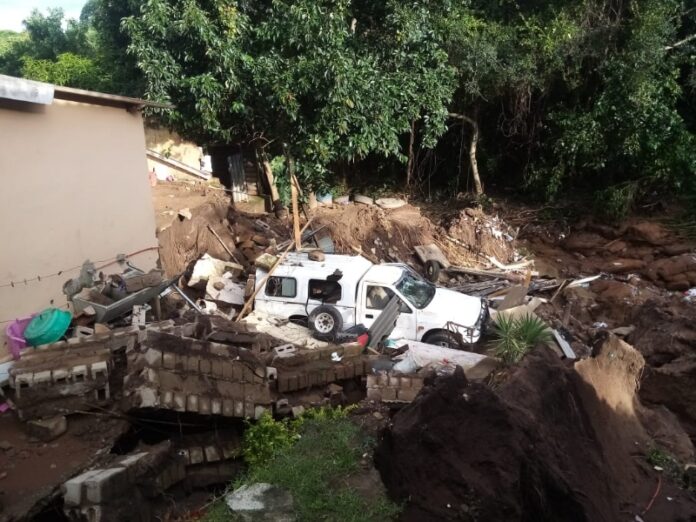 KwaZulu-Natal’s heavy rain has long been notorious throughout the country. However, what started as normal bad weather on Saturday turned into a nightmare for many communities in Durban, including mine.

The devastating rains grew worse over Sunday and Monday and have so far claimed 45 lives across the Inanda, Ntuzuma and uMlazi townships.

In my neighbourhood, I saw cars which had previously driven past me floating like boats down my local river.

In Inanda screams could be heard in the early hours of Monday just as floods made their way into people’s homes. Outside, cars were being swept away and houses were destroyed.

Fridges, stoves and sofas – vital possessions which keep their owners warm, dry and fed – could be spotted rushing downriver amidst the rapids.

In Ntuzuma, those whose houses were just flooded are considered lucky. The houses of the less fortunate were wrecked in minutes, while some were pulled from their foundations and away from their owners.

Trees fell in the streets and toilets that had been built outside of the houses were washed away. Taxis were unable to move because roads were badly damaged.

Churches that had been expected to host their first Easter ceremonies this weekend since the onset of lockdown in 2020 were badly damaged.

But that is the least of people’s problems. Many are currently without food and schools have been closed.

MEC for education in KZN Kwazi Mshengu revealed that about 500 schools have been closed.

EThekwini Mayor Mxolisi Kaunda said that community halls are open for those who have lost their homes.

“We urge all members of the public who have been affected by these floods to go to community halls where they will receive assistance,” said Kaunda.

The situation is the most terrible anyone here has seen since the July unrest last year.

EThekwini spokesperson Msawakhe Mayisela said in a statement that due to the interruption of the infrastructure, no funeral requests will be accepted at this time.