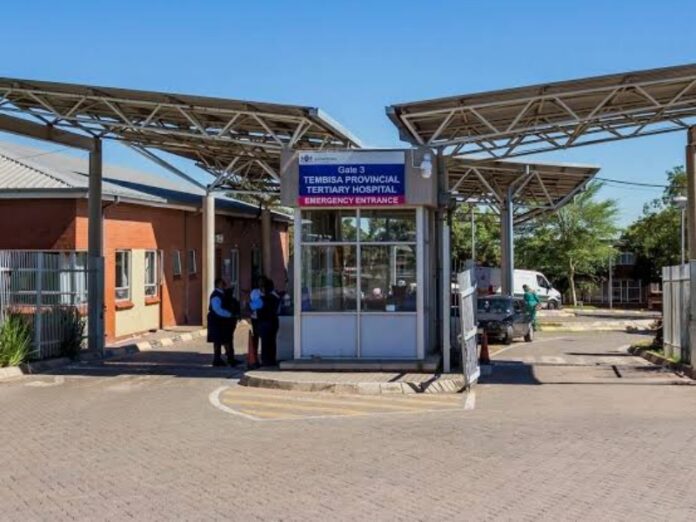 A dangerous suspect being held on murder charges was abducted by four armed men while being transported from Johannesburg correctional services to Tembisa hospital.

The awaiting trial prisoner, Ndingwa Mabena, was chained and had steel in one of his legs.

An internal police statement seen by Scrolla.Africa said officials from correctional services were transporting the prisoner for medical treatment on Tuesday.

On arrival at the hospital, they stopped the vehicle and were walking with the prisoner whose leg was chained.

“As they walked past the main exit gate, the prisoner ran away through the gate towards a silver-grey Colt double cab that was parked outside the hospital.”

The statement said that correctional services officials chased the prisoner. “A man fired one shot at the crew members but missed.”

The drama continued. “Another man who was also armed with a pistol hit one prison warden with the firearm on his right jaw. The prisoner jumped into the double cab and they drove away,” the statement said.

Meanwhile, the department of correctional services released a statement pleading with anyone to help find the man, who is now wanted by the police.

DCS spokesperson Sechaba Mphahlele said two department of correctional services officials were attacked by the abductors while they were escorting the prisoner for a medical check-up at Tembisa hospital. He said during the scuffle, the attackers abducted Mabena, who had been arrested for murder.