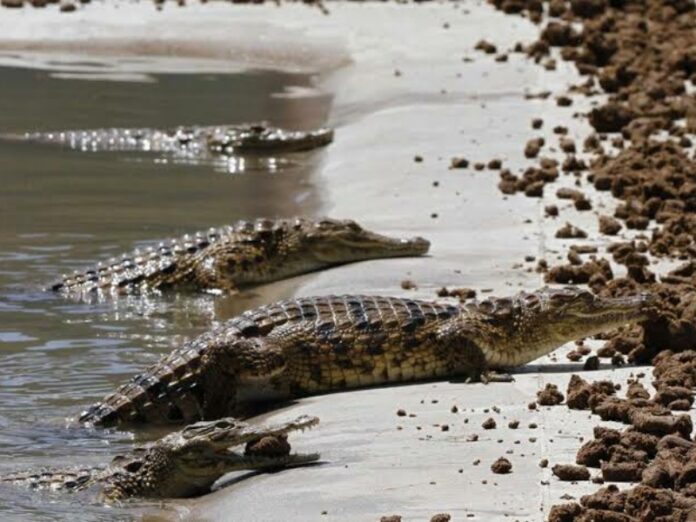 Crocodiles had an ugly standoff with community members in Tshifudi Gota village – and two villagers are now missing in the crocodile infested waters.

Early in the week a 34-year-old fisherman, Fhulufhuwani Munzhelele, was attacked and killed by a crocodile while fishing at the local Luvuvhu River outside Thohoyandou in Limpopo.

Then, one of the community members Thompho Nemushungwa, 33, who was helping in the search, was attacked by a crocodile and also submerged in the deep waters of the river. Neither body has been found.

Munzhelele was attacked by a crocodile on Tuesday afternoon while taking his fishing nets out of the river.

Soon after the attack, villagers went in their droves to the river and watched the police divers search the river for his body, without success.

Disappointed by the slow progress, his friends brought their small boats to assist the search in the crocodile infested waters.

The local traditional leader Chief Collen Mashau who visited the scene confirmed that Nemushungwa was attacked while assisting in the search.

“There have been incidents where people have been eaten by crocodiles at nearby villages but we have never experienced this before.

“This is the worst. A body is still somewhere in the water and another one has been taken away. This is so sad and we are in deep mourning,” he said.

“Most of the people here are unemployed and fishing is a way out of misery and poverty.

“We know it is dangerous in this river but we cannot stop them without an alternative means for them to fend for their families. What happened is now too much for the village,” he said.

The first victim’s younger brother Humbelani Malala said his brother was a very experienced hunter and fisherman who had many customers in the village.

“This is too much for the family and we do not even know who will take care of his pregnant wife and three children,” he said.

Police divers and nature conservation officials are still at the scene conducting searches.