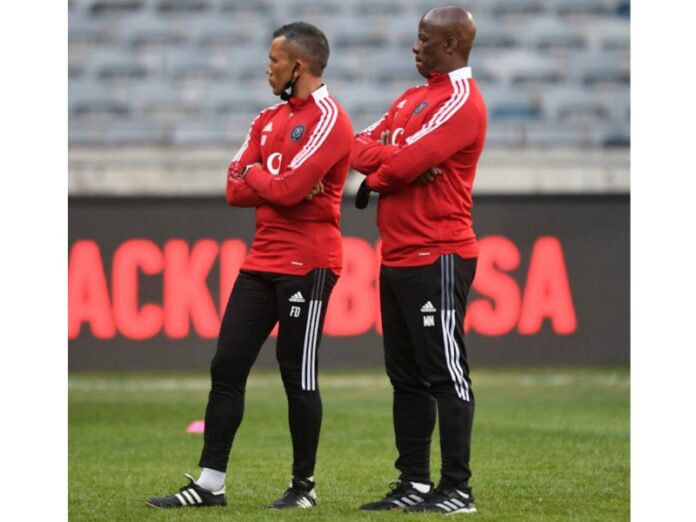 Despite having one foot on the CAF Confederation Cup final, Orlando Pirates co-coach Mandla Ncikazi has warned his players not to be complacent when they take on Al Ahli Tripoli in the second leg.

Buccaneers have a precious 2-0 lead they achieved in Libya last Sunday and the return leg will be hosted at Orlando Stadium on Sunday at 6pm.

However, Ncikazi is not taking any chances as he believes that the Libyans are a good side.

“We are only leading, the game is not over yet. It’s only half-time. They can do the same thing that we did last Sunday if we are complacent at home. We will treat the game very seriously,” said Ncikazi.

Unlike the EUFA competitions, the away goal rule still works in the CAF competitions. The Bucs will rely on those goals at home to complete the tie and Ncikazi knows.

Should Pirates manage to reach the competition’s final, Ncikazi would become the second coach to do so for the club. The first was Roger De Sa in 2015 and that was the last time the Bucs had reached the final.

If Pirates progress to the final on Sunday, they are likely to face TP Mazembe (DR Congo) and RSB Berkane (Morocco). As things stand Mazembe are leading the tie after they beat Berkane 1-0 at home last Sunday.

The second leg will be held in Morocco this Sunday and whoever wins will meet the Bucs or Tripoli in Nigeria. On Wednesday afternoon, CAF announced that the Confed Cup final will be hosted by Godswill Akpabio International Stadium on May 20.